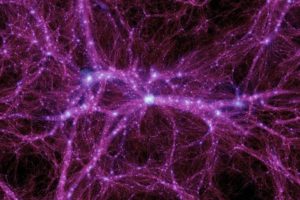 Astronomer Lior Shamir of the University of Kansas presented data analysis on more than 200,000 spiral galaxies. The findings were presented at a meeting of the American Astronomical Society in New York, reports curiosmos.com.

The geometric patterns of these galaxies show that the universe may have a defined structure. The early universe was more consistent and less chaotic than the current universe, according to the scientist.

The new data contradicts the popular idea that the cosmos is expanding without any specific direction. The asymmetry between the directions of rotation of spiral galaxies increases when they are more distant from Earth, which shows the universe was spinning earlier than previously thought.

The patterns, spanning more than 4 billion light-years, also show the universe is not symmetric, but that the asymmetry changes in different parts of the universe and that the differences exhibit a unique multi-pole pattern.

“If the universe has an axis, it is not a simple axis like a carousel. It is a complex multi-axis alignment that also has a certain drift,” Shamir explained.