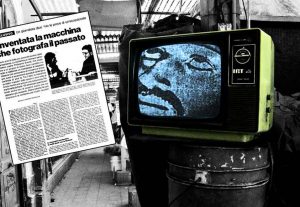 The concept of time travel is considered a very fascinating topic for most people. The ability to move back and forth in time can give rise to many possibilities.

However, this mystery is likely to become even more mysterious if someone claims to have witnessed an important historical event by going back in time using a time travel machine.

We are talking about a certain invention called Chronovisor, with the help of which, allegedly, scenes from the life of Jesus Christ were captured on photographic film. And now this device, as it is believed, is kept in the Vatican in especially strict secrecy.

This story began with a man named Marcello Pellegrino Ernetti (1925-1992), who was born in Italy. He was a respected Catholic who devoted his whole life to the service of the church. He had many followers and students.

He was also known as an exorcist, one of the most popular in Venice, a musician, a Bible student, and also a scientist. And one day, just before the outbreak of World War II, he made the strange claim that he was part of a group that had created a time travel machine they called the Chronovisor.

Other members of the 12-member group are believed to have included Enrico Fermi and Wernher von Braun, the famous Italian physicist and no less famous German rocket scientist. 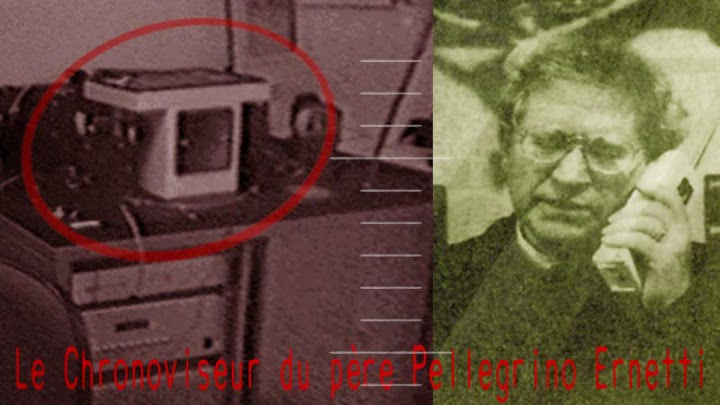 Ernetti further stated that through the Chronovisor, which outwardly resembled a television with a screen and a special keypad, he saw with his own eyes the speeches of Cicero, Napoleon and scenes with the participation of Jesus Christ.

In support of his statement, he showed a certain photo with Jesus, which was allegedly taken by the Chronovisor.

News of the time travel machine spread like wildfire. Many believers sincerely believed that the Vatican now possesses a mysterious and powerful device that allows people not only to return to the past, but also to film and observe what is happening in real time.

This photo was published in 1972 in the Italian magazine La Domenica del Corriere as the same picture of the Chronovisor. And it was quickly proven that it was a fake, as the image exactly copied the old postcard.

This seriously shattered faith in Ernetti’s words and the existence of the Chronovisor, although Ernetti himself indicated that the published photo was not related to the Chronovisor, since their machine did not give such a clear picture.

In an attempt to prove his point, Ernetti also published a transcript of a lost play by Quintus Ennius in Latin, also claimed to have been obtained with the Chronovisor.

And a friend of Ernetti named François Brunet said that real evidence of the existence of the Chronovisor, including a genuine photo of Christ, was destroyed during the Second World War, shortly after Ernetti’s statements, as Pope Pius XII and Benito Mussolini decided that this posed a threat to society .

Under their pressure, according to Brunet, Ernetti shut down the Chronovisor project and likely dismantled the device. But Brunet himself did not really believe in the latter, believing that the Chronovisor could be stored somewhere in the archives of the Vatican and maybe they were still secretly using it.

Much of what we know about the Chronovisor was published in Brunet’s 2002 book Le Nouveau Mystère du Vatican. Since Ernetti died 10 years before, unfortunately, it is not known which of this can be true and which is fiction.

Savvy researchers may agree that, while time travel may indeed be possible, the Chronovisor is a not necessarily a medium for it. Physicist and cosmologist Stephen Hawking has discussed the possibilities of time travel, explaining in one instance, “If we want to travel into the future, we just need to go fast. Really fast. And I think the only way we’re ever likely to do that is by going into space.”

Physicist Fred Alan Wolf has suggested that time travel is possible because “it really has to do with a rather delicate relationship that exists between mind and matter…[W]hat time travel is really all about is learning how to move in and out of that realm where things get defined by the mind.”

The Chronovisor has stood the test of time as a Vatican mystery for the ages.