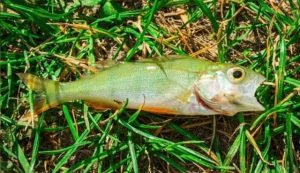 On December 29, 2021, in the small town of Texarkana, Texas (USA), a strange natural phenomenon happened – a fish began to fall from the sky.

This fish rain lasted for several minutes and small fish fell from above along with ordinary rainwater.

It happened around 4:30 pm, according to James Audirsch of Orr Maxx, a used car showroom. He says that he and his colleague Brad heard strange loud noises and when they jumped out into the street, they saw fish falling from the sky and loudly splashing to the ground. 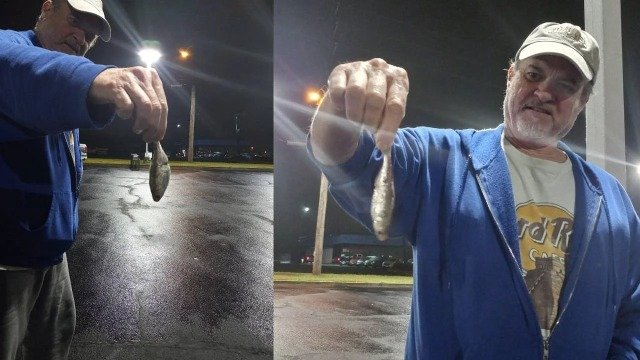 “There was a loud rumble of thunder, and when we opened the door, I looked out, it was raining very hard and the fish hit the ground. I said, “It’s raining fish! “And Brad said,” No, that’s not true, “but I replied, “No, it really is!” and yes, the fish were falling all over the place. ”

Small fish could be seen scattered throughout the car dealership’s parking lot, as well as lying on the nearest road and near the tire store next door. The fish was 10-13 cm long and belonged to the species of perch. 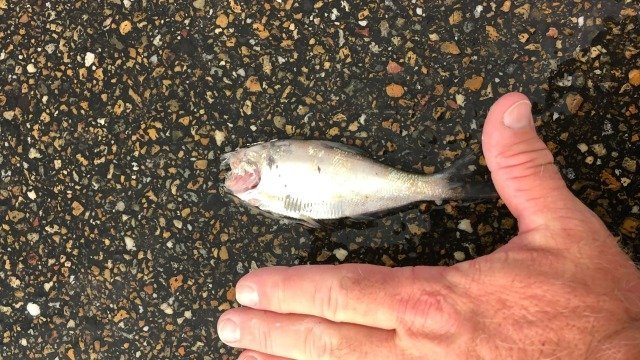 Many other inhabitants of Texarkana also witnessed the rain of fish and were bewildered by this. The most pragmatic people collected the fish in buckets to use as pet food or as bait when fishing.

It is believed that this is the first recorded case of such rain in this city, and in the entire state of Texas in the entire history, several such phenomena have been noted.

According to science, “fish rain” is considered a completely natural phenomenon, albeit quite rare. It is assumed that this happens when a strong tornado moves above the water and sucks in living creatures like fish or frogs from it, and then drops its “load” in another area.

This theory is constantly criticized, because it is difficult to explain how the tornado manages to capture only certain species of fish or frogs, without capturing other marine life at the same time.