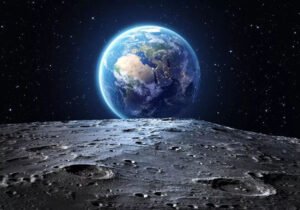 The network is discussing unusual images of the moon taken by the Orion spacecraft flying around the natural satellite of the Earth as part of the Artemis-1 program, reports ufosightingshotspot.blogspot.com.

The presented images were taken on November 21, 2022 by the Orion spacecraft an hour before its flyby of the Moon. The spacecraft was at a distance of less than 7242 km and moved at a speed of 1218 km/h.

For comparison, look at photographs of the Moon taken in 2010 from Madison (USA) using the Celestron 9.25 Schmidt-Cassegrain telescope, a Canon EOS Rebel T1i camera and taken with a camera on board the Artemis 1 mission spacecraft at a distance of less than 7242 km from the moon.

It looks like these shots were intentionally overexposed (too bright). In this regard, many netizens have suggested that they are hiding something from the public.

Another interesting nuance. During the flyby of the Moon, in the video, the natural satellite of the Earth has an ovoid shape, and not round, as we observe from Earth.

If the frame were stretched, then the spacecraft should also be stretched, but this is not observed. This is also strange, some netizens believe.