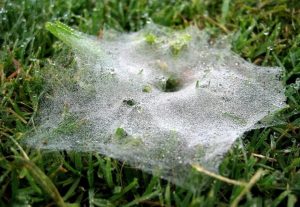 When most people hear the phase “angel hair”, they immediately think of the classic pasta dish, but for the avid UFO enthusiast, it takes on an entirely different meaning.

The strange material known as “angel hair”–a light, cobweb-like substance that reportedly sometimes falls from the sky during UFO sightings–has been considered to be somewhat of a fringe element of Fortean phenomena, but this doesn’t mean that occurrences of angel hair have been rare; in fact, since 1947, there have been well over 200 documented cases of this gossamer-like substance being found in direct connection with UFO sightings.

So what exactly is angel hair? It has been generally described as being fibrous and silk-like, with a remarkable consistency that on one hand can be strong and resilient, but then in an instant can dissipate into the air like fog or smoke.

Some ufologists believe that angel hair is left behind as some sort of “exhaust” from alien spacecraft, similar to carbon emissions that are produced by an automobile. Scores of eyewitness reports describe unidentified flying objects including cigar-shaped aircraft, disks and silver spheres emitting this bizarre substance, particularly after moments of rapid acceleration or complex aerial maneuvers.

The substance will slowly drop to the ground, often landing on fences, wires or trees in the area, many times covering large areas at a time. In fact, there have been several reports of angel hair covering power lines for miles on end, or blanketing several square miles of land at a time.

One report from October of 1957 describes how an area of New Mexico was draped in strands of angel hair that reached up to 50 feet in length apiece, and covered a total area of roughly 110 miles. This bizarre phenomenon is often classified as being a close encounter of the second kind, since the substance typically makes some type of physical contact with the environment.

According to a vast number of reports, one of the most interesting properties of angel hair is its ability to demonstrate sublimation, which is the ability of the substance to change directly from a solid to a gas, essentially bypassing the liquid stage altogether.

It has been described in various instances as both fine and coarse, having a consistency similar to cotton, but it often dissipates as it is being physically handled. The most commonly reported color for angel hair is white, but it has also been observed in other instances as being silver, gray, black, and even translucent. 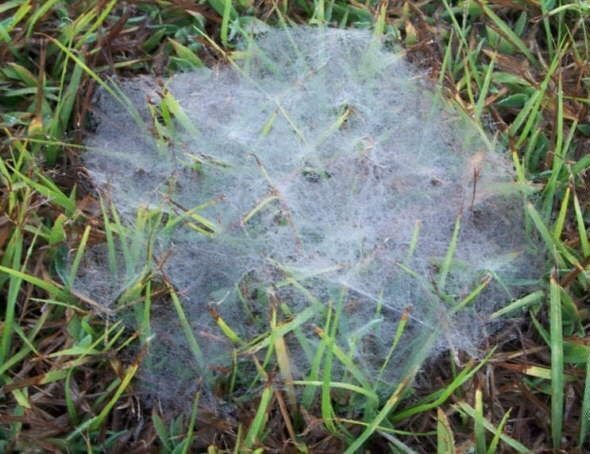 There seems to be no one particular cause for the phenomenon, but there is an inextricable link between UFO sightings and angel hair, with roughly 57% of all angel hair cases being tied to UFO reports in some way. In addition, eyewitness accounts representing virtually every corner of the globe generally agree on both the look and the consistency of this odd substance.

There have been several cases where angel hair was not only recovered from alleged UFO sighting areas, but it has also been examined in scientific laboratories. The substance has been examined by professionals from a wide range of disciplines, with the general consensus being about the same: Nobody is quite sure what this stuff is made of.

Prominent biologists, chemists, fiber technicians, toxicologists, engineers, and so forth have all sought to gain insight into the composition of this strange substance, but to little avail. Common elements such as boron, magnesium, silicon, potassium, and calcium have been discovered in samples of angel hair, with the most notable element being boron due to its noted usage in nuclear technology.

Boron is commonly utilized as a buffer that shields and controls nuclear reactions, a fact that has prompted many researchers to speculate that angel hair may be the by-product of some type of nuclear-powered propulsion system.

Some skeptics have claimed that angel hair is nothing more than the webbing produced by ballooning spiders, which are known for producing large blankets of silk webs that are often pulled aloft by the wind.

Interestingly enough, all of the samples of angel hair that have been studied in laboratories have lacked a primary ingredient that is necessary for spiders to manufacture their webbing: Protein.

The “ballooning spider theory” also does not account for the fact that angel hair often sublimates on contact, which is almost the complete opposite of what happens when physical contact with a spider’s web occurs.

While the phenomenon of angel hair definitely leaves quite a bit of room for speculation, its correlation to UFO sightings cannot be easily dismissed. In light of all that is still not known about this unique substance, it would be beneficial for more members of the UFO and scientific community to devote more time and resources towards conducting serious research of this mysterious phenomenon.