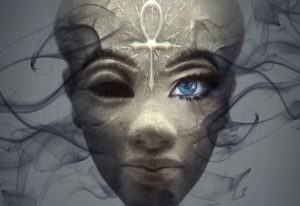 It is well known that spirituality is good for the soul, but what about the mind? According to a study published in the Journal of Religion and Heath, it appears that spirituality benefits the mind as well as the soul.

Researchers at the University of Missouri recently performed a study involving surveys of people among various religious groups including Buddhists, Catholics, Jews, Muslims and Protestants. Questions were asked about their perceived level of spirituality, along with inquires about personality, mental and physical health.

Overall the study found that among all the faiths surveyed, a higher degree of spirituality resulted in better mental health. Tendencies toward emotional imbalance, anxiety and other neuroses were much lower among those spiritually oriented groups. In addition, the spiritual people also exhibited greater levels of extroversion and social behavior.

Spirituality promotes mental health since it helps people to move away from constantly focusing on themselves and their personal issues. Essentially it helps to combat self-centeredness and foster feelings of consideration for others. Spiritually oriented people also have a greater sense of community and kinship not only with others, but with the universe as a whole.

Despite different faiths and religious practices, all study subjects share the commonality of seeking a connection with the divine or a higher power. Although a Buddhist and a Christian may approach it differently, that “unity consciousness” is still sought after and valued.

Dan Cohen, assistant teaching professor of religious studies at MU and co-author of the study said, “In many ways, the results of our study support the idea that spirituality functions as a personality trait.” In effect spirituality goes beyond religious and moral practice and it actually becomes part of a person’s character.

He also said the study found that the connections between spirituality, religion, health and personality were not majorly affected by the frequency of church attendance or participation in religious activities. Nor were they significantly impacted by a person’s sense of congregational involvement or support.

It was noted by Cohen that prior studies showed a correlation between a patient’s mental health and recovery based on their spiritual beliefs. People with serious medical conditions such as brain injury, stroke and cancer did much better mentally if they held strong positive spiritual beliefs. In this case however, congregational support and prayer did have a notable effect on the mental health of the patients.

Furthermore, Cohen mentions the relationship between spirituality and stress. Based on these studies it appears that a person’s beliefs can help them emotionally. Faith often serves as a coping mechanism getting people through stressful situations like a traumatic experience or major illness.

Either way there is quantifiable evidence that spirituality has a positive impact on a person’s mental health. The benefits that people of faith have known for centuries are finally coming to light in the context of academic study. Understanding that spirituality may improve mental health can even go beyond the results of research studies.

This information could possibly help therapists and rehabilitation centers customize their programs to include spiritually oriented methods. Being mindful of a patient’s spiritual beliefs could help facilitate their healing. Introducing such concepts promotes a more holistic view of body, mind and soul.

Developing Your Own Psychic Gifts: Clairvoyance