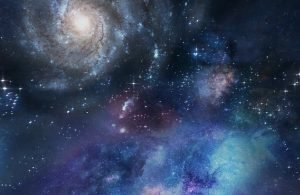 A group of scientists from China said that spinning stars can create space-time ripples through the universe, reports the Daily Star.

Scientists at the Institute of Astronomy and Astrophysics at Peking University in China have observed how rapidly spinning stars called millisecond pulsars create ripples in spacetime.

Essentially, this means that stars travel through time, and it gives experts a real-world look at how galaxies form.

Lead researcher Xiyuan Chen called the breakthrough “exciting” and that “this is a very exciting signal! While we don’t have definitive evidence yet, we may be starting to detect a gravitational wave background.”

Ripples in spacetime could give us more clues about how galaxies form.

Professor Alberto Vecchio, Director of the Institute for Gravitational Wave Astronomy at the University of Birmingham said: “The detection of gravitational waves from a population of massive black hole binaries or from another cosmic source will give us unprecedented insights into how galaxy form and grow, or cosmological processes taking place in the infant universe.

“A major international effort is needed to reach this goal, and the next few years could bring us a golden age for these explorations of the universe.”

The waves were first discovered in 2015 and underpinned Albert Einstein’s general theory of relativity, which states that when massive objects collide with each other, the structure of space-time can “undulate”.