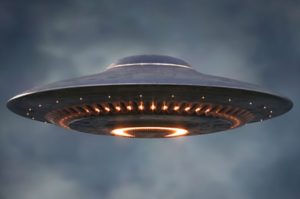 The first “flying saucers” could not cover long distances, and Americans had to use submarines to deliver those saucers to the Soviet shores. The Pentagon was testing the third generation of flying saucers when the Soviet Union just started the development of similar mechanisms.

A correspondent Pavel Poluyan of PRAVDA.Ru is going to break the secrecy requirement and publish a story told by a former engineer of an enterprise where UFO components were manufactured.

In the late 1980s and early 1990s, the USSR witnessed an invasion of unidentified flying objects. Some of the “visits” were particularly curious. In December 1989, policemen in the Siberian city of Krasnoyarsk came to a scene of action and witnessed “some dark apparatuses with colored lights” were experimenting on a power line going to a local aluminum plant.

Other acquaintances of the man who told the story witnessed objects flying over the Yenisei River and the city of Krasnoyarsk. The man himself saw an UFO earlier, April 26, 1989 in the Ural Region. Where did the strange machines that were obviously made by humans come from?

In news films about the history of aviation one can see a strange device resembling a huge motorized and manned umbrella. This umbrella can twitch up and down, and can even hover in the air for a second when switching down. Inventor Chance Vought tested the umbrella plane in 1911 in America.

The device is an ancestor of contemporary flying saucers. The 1911 umbrella plane looks funny, but it is unlikely that the American inventor spent money on making the machine just for fun. The flight principle based on generating compression under a vibrating plane is no worse than the flight principle of traditional airplanes.

When the device was being created, engineers realized that it would give a higher lifting force. Step by step it turned out during the tests that the device could perform a flight if the oscillation frequency was measured in megahertz and the amplitude of oscillation in millimeters. But at that time there were no technologies to get the total power of vibration and achieve supersonic frequency.

The aircraft-building company of Chance Vought cooperated with the Naval Department. The Skimmer flying saucer that appeared after WWII was a result of the cooperation. It is believed to be an experimental variant of a propeller-driven airplane, however it is not ruled out that Chance Vought made the model especially for running tests of the aerodynamic lift of electrokinetic engines.

In the late 1940s, first flying saucers appeared in the US. They resembled telephone loudspeakers: impulse electromagnets made one or several huge membranes beat the air at a megahertz frequency. And a streamline top part of the device provided the difference of drag forces on the top and on the bottom. But still some facts pertaining to the strange device remained unclear.

A flying saucer could not generate any lifting force until it threw something off the way rockets did. This is a ring whirl: it does not leave vacuum to intake a flying saucer. It is necessary to keep a saucer on the ring whirl just for a couple of microseconds, the period within which a new whirl is generated.

Flying saucers with impulse electromagnets were heavy and could not cover long distances. So, Americans had to use submarines to deliver them to the Soviet shores that gave rise to stories telling that UFOs emerged from underwater.

Later, new devices appeared where no electromagnetic field was used to shake a propelling membrane. The bodies of such devices were made of piezoceramic, and vibration appeared thanks to the piezoelectric effect (we know that piezoelectric tweeters make the sound in electronic alarm clocks and mobile phones). The new generation apparatuses were no longer saucers but spheres, ellipsoids and other three-dimensional figures haloed with ionized gas.

The USSR got UFOs of its own in the 1960s-70s. Once, Soviet Academician Shklovsky asserted in the popular informational program Vremya (Time) that there were no other creatures besides earth-dwellers in the Universe.

It sounded like an official statement of the Central Committee of the Soviet Communist Party saying that no aliens ever existed, and all reports alleging that people witnessed UFOs were misinformation. Special committees immediately started censoring newspaper publications and deleted everything that could be connected with UFO visits and aliens.

Also, the Tekhnika Molodezhi (Technics for Youth) popular magazine issued a publication about civil use of secret technology, the electropulse de-icers that cleared ice mounds off IL-86 wings. The publication was also supplied with a scheme of impulse supply going to inductors that made aluminum planes vibrate.

At that very period Americans already had the third generation of flying saucers, dark objects with just a few zones on them glowing. Those were whirl activators: the glow on the bottom to make the object fly and the glow on the side (so-called illuminators) to make it move to the sides.

Flying saucers are not in fact fantastic aliens landing this planet with antigravity machines but quite earthly apparatuses with electrokinetic engines that went up and down thanks to creating vortex rings. This is an absolutely unusual and strange idea to us indeed. 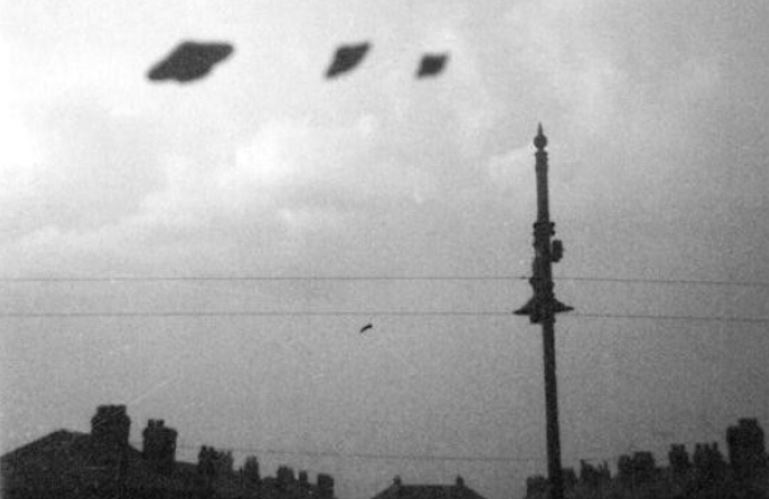 However, as far as we believe in the existence of aliens we should also recognize a new flight technology that was invented some time ago and has been kept secret until recently. When explained clearly, the principles of the technology are quite understandable and do not seem to be fantastic. We know that vortexes are also very important in generating the lifting force of flying insects, take a dragonfly for instance.

Now that we know the principle of flight of flying saucers we can trace the development stages of the technology. But despite of the fact the American military is not going to declassify the technique. These days UFOs can be often observed in Iran that proves that the US keeps on employing its secret apparatuses.

A question arises why break-through transport technology has never been declassified and officially used? In fact, the application of the revolutionary breakthrough technology would have inevitably resulted in transforming the entire of the civilization and infringed upon the interests of a great number of people.

Such apparatuses could help easily cross-governmental borders, the thing that would have made them a cherished dream of terrorists and drug dealers. Such machines could be more popular than transport using petrol which would inevitably mean the bankruptcy of oil tycoons and automakers.

And the key reason for the secrecy in this situation is the fact that use of such flying saucers contradicts international law; these machines cross-governmental borders without notification of authorities. So, the advantages are worthy of keeping the invention secret for so many years. And this is why the secret of flying saucers was kept for so long.

The man who told the story about the secret of UFOs says it is time to say goodbye to a nice legend about aliens no matter how we like it.