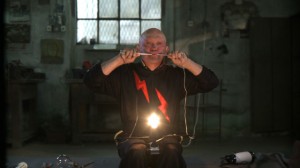 Slavisa Pajkic, from Serbia’s Pozarevac region, is recognized as “Battery Man’ for his astonishing ability to resist high voltage without getting hurt. Biba, as his friends know him, says electrical power doesn’t have friends, except for him. He apparently discovered his amazing abilities when he was 17, and he’s been in an incredible relationship with electricity, ever since.

Voltages of over 50 volts can cause dangerous levels of electricity to flow through the human body, and that’s precisely why your mother once told you to never stick your fingers in the power outlet, but Slavisa can withstand a lot more. He actually set his first Guinness record in 1983, when he took a hit of 20,000 volts like a champ. His second record dates back to 2003, when he was able to heat up a cup of water to 97 degrees Celsius, in 1 minute and 37 seconds. 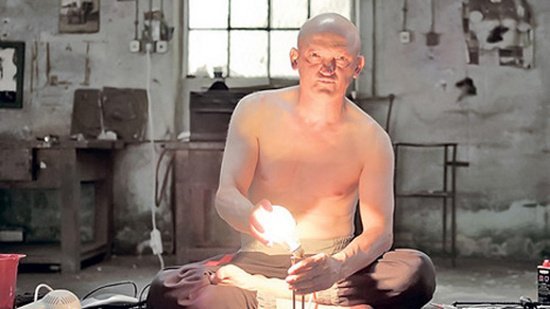 Slavisa claims he can be an insulator, a conductor, an accumulator or a heater, depending on the case, and so far scientists haven’t been able to figure out exactly how he’s doing all of these things. He can light up a light bulb, cook a sausage and even set alcohol-soaked things ablaze with his body, by storing or acting as a conductor for electricity.

Some reports say that because of a genetic defect, Slavisa Pajkic has no sweat and salivary glands, and scientists suspect current isn’t really passing through his body, but passes on the outside of his skin, which acts as a natural insulation.

Battery Man was featured on numerous shows around the world and plans to set a third world record by charging on a million-volt power generator and shooting laser from his fingers…That seems a little far-fetched, but Slavisa’s abilities are real, and in the meantime he’s using them to help people suffering from migraine, sinus and back problems.