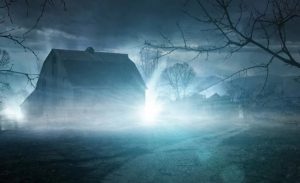 There have been over one hundred incidents of the bizarre on the Sherman Ranch ranging from mutilated cattle, to UFO sightings, and even surreally large animals including Big Foot. Welcome to Skinwalker Ranch…

Terry and Gwen Sherman were just your average Utah cattle ranch family, except that they and their ranch were plagued by strange events, some terrifying, and many causing financial losses to their cattle business.

Their livestock would repeatedly be found mutilated as though dissected with machinery within an advanced laboratory, the cuts cauterized as though made with a laser. Others would simply vanish altogether. In 1998 the Sherman’s had had enough and the ranch was put up for sale.

Millionaire philanthropist Robert Bigelow, also the chairperson and Founder of the National Institute for Discovery Science or NIDS had for years been communicating with the Shermans in an effort to understand the events unfolding at the Sherman Ranch. When the property was put up for sale he quickly stepped in and purchased it.

A team of researchers, surveillance equipment, and scientific instruments were moved in making the old Sherman Ranch a seat for fringe science discovery. The ranch was unofficially renamed Skinwalker Ranch, in respect to the Native Americans that had been witnessing and studying these creatures for centuries. Creatures that came by all descriptions, but that they called “Skinwalkers”.

The National Institute for Discovery, although entirely focused on the study of fringe science is far from unscientific, many reputable PhDs and even ex-military or NASA personnel are amongst the organization’s researchers and consultants. I say that only because everything in this article from here on out is going to get very unbelievable.

There is a very specific but unassuming spot on Skinwalker Ranch where some uniquely terrifying things have happened. In this spot a researcher was threatened by a creature that he stated blended with the scenery rendering it almost invisible not unlike the alien from the Predator movies. Curiously the creature neither hid nor attacked the researcher, it just stood there roaring and threatening him.

In that exact same spot an entire team of researchers witnessed a glowing door or portal open in the empty space before them. A large humanoid creature crawled out from the portal, spotted the researchers, and quickly vanished back through the portal before it closed.

In another incident on that spot a PhD physicist was suddenly held motionless by an invisible force. In his accounts of the episode he reported that a malicious and powerful entity or entities had literally invaded his mind and communicated with him a single message, that he and others of his species were not welcome.

While this spot on Skinwalker Ranch may be the epicentre of these events, they are not at all confined to the ranch itself. Junior Hicks, a retired schoolteacher from the area, has been attempting to catalogue the strange events from the surrounding farms. 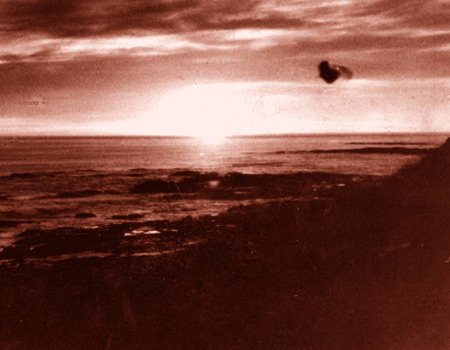 He’s catalogued over 400 incidents of UFOs, strange cigar-shaped crafts hovering at low altitude, and zigzagging balls of light. Hicks’ estimates that at least 50,000 residents of the region have witnessed one phenomenon or another, many of these witnesses are the law enforcement personnel overseeing the community.

“The UFO activity really started getting intense in the early 50s,” Hicks says. “There were cases where the whole school and all the teachers saw these things hovering over the town in broad daylight. In the 60s and 70s, we probably had more UFO sightings than any place in the world.”

Perhaps the strangest phenomenon from Skinwalker Ranch and the surrounding farms are the strange animals that are often seen wandering as though lost. Descriptions of these creatures include a “wolf like creature that walks upright”, a “large impossibly hair man or bear” that also walks upright, and a flying creature the size of a football that would be a butterfly except that its body and wings are entirely reptilian.

It’s easy to argue that there should be hundreds of photographs of these thousands of incidents, and to some degree there are, but the majority of these sightings were taking place in the 50s to 70s, back then having a camera in your phone, or having a mobile phone at all was science fiction.

Leading into the 1980s the phenomenon grew rarer to the point that in 2004 Robert Bigelow closed down the National Institute for Discovery Science stating a lack of fringe occurrences to study.

During the time of the Skinwalker Ranch studies, the NIDS had a prevailing theory which stated that all of the occurrences were the act of a single “pre-cognitive intelligence”.

The leading researcher at the time explained: “It isn’t as simple as saying that ET’s or flying saucers are doing it. It’s some kind of consciousness, but it’s always something new and different, something non- repeatable. It’s reactive to people and equipment, and we set up the ranch to be a proving ground for the scientific method, but science doesn’t seem amenable to the solution of these kinds of problems.”

This was unfortunately the leading and best theory, and as the explanation stated the phenomenon are far too unique from the previous or following phenomenon to be routinely evaluated.