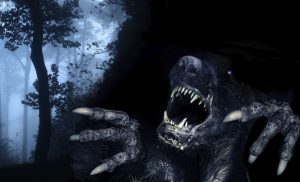 What is a skin-walker? Some of us may have never heard of one. Let us first begin by saying they are deeply embedded in Native American culture. They are most popular in the Navajo culture.

A skin-walker is the equivalent to a witch. In most cultures a witch is female, but you will be hard-pressed to find a female skin-walker. That is not to say you may never come across one, but for the most part they are male.

The premise behind the skin-walker is they are basically a shapeshifter. They have powers that can change them into any animal they want. The most common animals they use are coyote, wolf, fox, owl or crow.

Commonly they use their ability to travel in animal form; they will also use it to escape from anyone who may be perusing them. They must wear the pelt of the animal they wish to morph into in order to become that animal.

Those of us who have seen them will describe them as hairy and looking just like the animal they have taken the shape of. It is said, they wear the skin of the animal-like clothing, thus the name.

Also, it is believed that they can read human thoughts and make animal and human noises to lure you out of the safety of your home. People have reported that they will climb all over your house, bang on walls, knock on windows and doors, and make baby noises and even sound like a loved one. All of this just to get you within their grasp.

Others say they have seen them looking in their windows. Then again, it has been told, a skin-walker will sometimes attack a car, causing an accident. These beasts are fast and very agile making them impossible to catch. 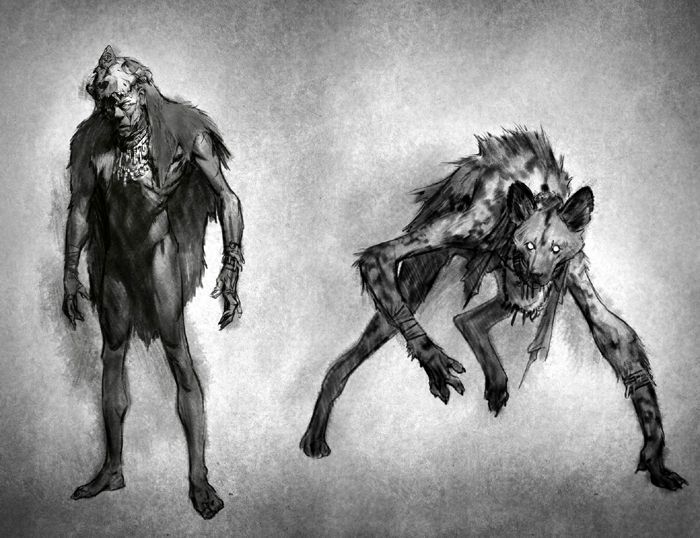 – They are evil
– The Native Americans believe them to be, for the most part male.
– They are strong, fast and agile

– If you have seen a skin-walker you probably know them in their human form
– They gained their supernatural abilities by murdering a close relative.
– They travel by night and desecrate holy things.

– They have a superior sense of smell even in human form.
– They must wear the pelt of the animal they wish to become.
– It is believed that by looking into the eyes of one, they can absorb your energy and power.

What else is known?

If for some reason you are able to injure the skin-walker you may find a relative or neighbor with the same injury. Sometimes it is possible to track down a skin-walker, often times the tracker will know the person.

Whatever you do, do not look into the eyes of one of these guys. They can paralyze you; absorb themselves into your body, taking your energy and fear to make them even stronger.

These are very powerful witches that can control your mind. They can make you do things to yourself, such as injure yourself or cause death. They have the ability to go further and run faster than a car and jump over and off of cliffs without harm.

Skin-walkers are not only for the Navajo, but many of the Native American tribes have these stories. The Native Americans believe that the skin-walker will only bother them, but a few stories have surfaced where Caucasian families were attacked by one.

The skin-walker is commonly associated with the Navajo people, but others have similar traditions. In Norse tradition a Skin-walker was a person with the ability to travel in spirit form in the shape of an animal to learn secrets. 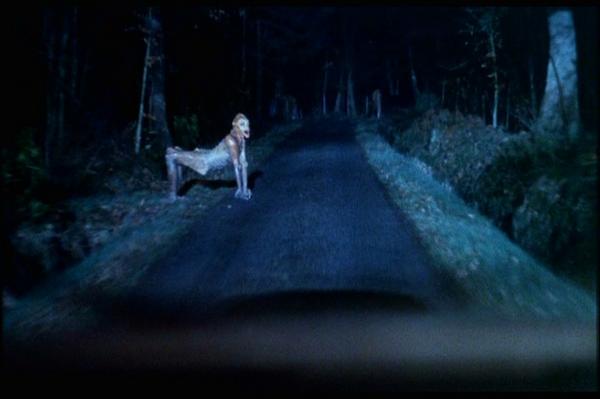 The ability to travel in spirit form, along with gaining other attributes of the animal, was gained by wearing animal skins. The best know example is the ber sarkur or bear shirt warrior who would take on the strength, stamina, and battle rage of a bear. Ber sarkur is the origin of the word berserker.

Also according to Norse Mythology the Norse hero Sigmund and his son Sinfiolti became skin-walker for a short time after discovering two magical wolf skins. The story relates how they were overcome by the wolf’s animal instincts and began fighting over meat. The pair decided to burn the skins after Sigmund nearly killed his son.

Another tradition familiar to many is the werewolf. The key characteristic of the werewolf, or lycanthrope, is the ability to shape-shift into a wolf or an anthropomorphic wolf-like creature.

Whether the result of a curse or purposely achieved, the transformation is usually associated with the appearance of a full moon. One well “well-known” attribute of werewolves, their vulnerability only to silver weaponry, is directly derived from modern fiction.

Even a man who is pure in heart
and says his prayers by night
may become a wolf when the wolfbane blooms
and the autumn moon is bright.