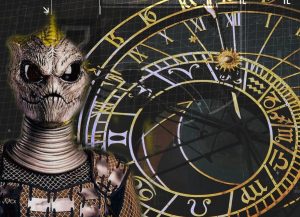 Scientists are investigating the question of whether there was an advanced civilization in the past that died as a result of global warming, provoked by its actions on the planet.

The Silurian Hypothesis suggests that millions of years ago there could have been a non-human civilization on Earth capable of transforming the world enough to cause climate changes comparable to or greater than those caused by mankind during the industrial age.

In a 2018 paper, Adam Frank, an astrophysicist at the University of Rochester, and Gavin Schmidt, director of the Goddard Institute for Space Studies, imagined an advanced civilization before humans and pondered whether it would “be possible to detect an industrial civilization in the geological record”.

The scientists base their findings on studying a phenomenon known as the “Paleocene-Eocene Thermal Maximum,” a dramatic climate change that marked the end of the Paleocene and the beginning of the Eocene, 56 million years ago.

During that historical period, the average temperature of the Earth was 15 degrees higher than today. There was practically no ice on the entire surface of the Earth, and the climate at the poles was almost tropical.

Curiously, there are studies that show that in previous centuries there was a shocking increase in carbon emissions, comparable to what is expected in the Anthropocene – the geological epoch that will replace the current, Holocene, due to the impact of human activities on the environment. 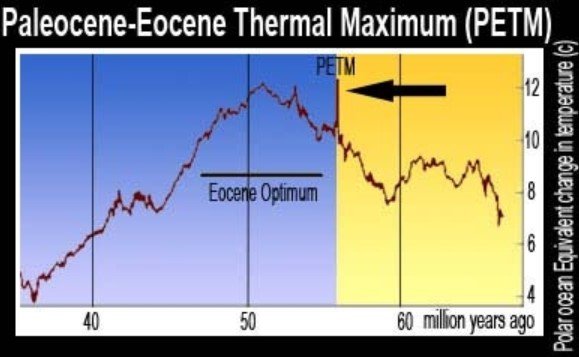 “Are these events evidence of the existence of a non-human industrial civilization?” asks Frank in an article.

While this increase in carbon emissions in the Paleocene may have been caused by the burning of fossil coal, as it is today, there are significant time differences.

What in the past would have happened in hundreds of thousands of years is now happening in a century. However, scientists pay attention to one point.

If this extinct civilization really existed, then it is quite possible that not a trace of it remains. It should be remembered that most fossils found date back thousands or hundreds of thousands of years, not millions.

It is possible that the remains of hypothetical factories and buildings of that time are just dust today.

Searching for evidence of such a short event in ancient deposits may require new and specialized detection methods.

In other words, unless you are specifically looking for it, you may not find it. This recognition is perhaps the most serious conclusion of this study.

At a time when humanity is having such a strong impact on the sustainability of the planet through its actions, it doesn’t seem wrong to think that it could become extinct as a result of climate change.

And there is a possibility that this has already happened to another civilization on our planet.

Arranging Your Home to Attract Love