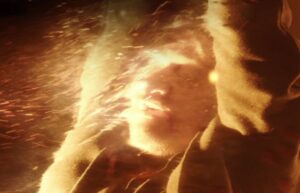 On the night of 13 August 2012, a bizarre incident occurred in the town of Siirt, Turkey when a street vendor named Zeki Toprak, his wife and four children were woken by the smell of smoke and discovered a fire in their simple three-room residence.

Almost all of the family’s belongings and furniture have been reduced to ashes for unknown reasons. The Toprak family’s household items apparently catch fire spontaneously, with some people believing that the fires have been caused by supernatural forces.

Although firemen quickly extinguished the blaze, they were baffled as to how it started – because it had, most unusually, broken out on a bare ceiling, well away from readily combustible material. 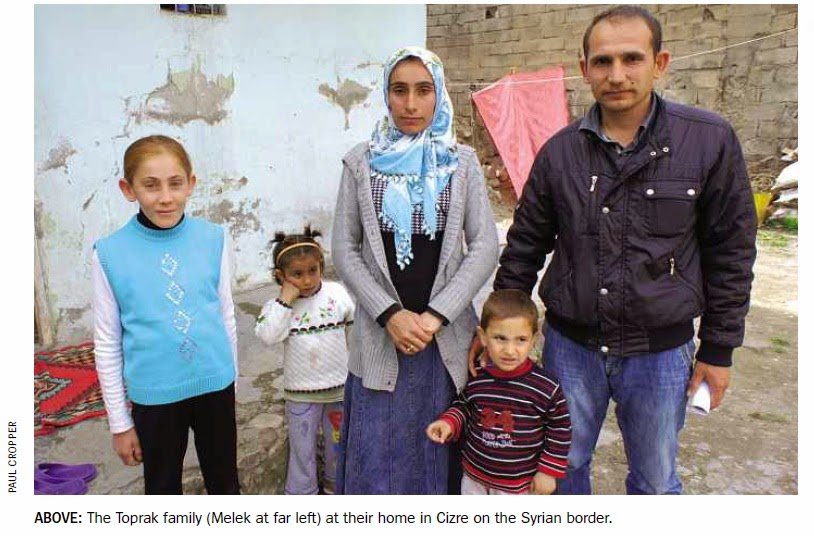 Power company technicians also attended and found nothing wrong with the house’s wiring. Over the course of the next few months, scores of other small fires broke out, during both day and night, on walls and ceilings, as well as on clothes, prayer mats, carpets, plastic tubs and inside closed cabinets.

Similar mysterious fires have also broken out in the classroom of fifth-grade-student Melek Toprak (eldest daughter of Mr. Toprak). The coat, notebooks, books and several other items belonging to Melek Toprak have caught fire spontaneously in front of the students and teacher’s eyes in the classroom.

The teacher of Melek Toprak told Anatolia that they searched Melek Toprak for any material or substance which could have caused the fires, but did not find anything.

Terrified of being incinerated, the family moved their bedding and most precious belongings onto a balcony, where they slept for nearly two weeks – until the fires followed them outside.

Although not as frightening as the fires, plenty of other strange phenomena disturbed the tranquillity of the home. Clothes and other objects repeatedly disappeared, only to reappear in unlikely places.

A washing machine also got in on the act, plugging itself into a socket and beginning its cycle. Desperate to escape the potentially lethal weirdness, the family moved to a relative’s house – but the fires again followed.

Feeling, not unreasonably, that something decidedly uncanny was going on, the Topraks appealed for help to the local imams, who declared the phenomena to be the work of mischievous djinn, and attempted to cleanse the site with prayer.

Siirt Province Mufti Faruk Arvas also pointed out that the fires might be due to the djinn. In Islam, the djinn are spirit beings that can be good or evil. Arvas stated: “According to our faith, there are beings called djinn. The fires might have been started by such beings.”

Each time the family called the clerics, however, the fires flared up even more frequently, seemingly aggravated by the religious ritual. The imams having failed, Mr Toprak appealed for help to the Siirt District Governor, Ahmet Aydın, who, accompanied by a Kanal 56 television crew, promptly visited, interviewed the family and inspected the damage.

Although the djinni refrained from starting any major fires, cameraman Soyler Ozan, on leaving the residence, felt a burning sensation and found that a section of the sole of his shoe had melted. Duly impressed, the Governor declared the problem a “transcendent (i.e. paranormal) event”.

By now the story had reached the mainstream Turkish media, and dozens of reports soon appeared in regional and city newspapers, on television and radio.

As interest peaked, the Rector of Siirt University, Professor Murat Erman, decided to see if science could shed some light on the situation. In late December, his team, including a psychiatrist, a sociologist, a physicist and several engineers, interviewed the family and, together with the police, set up cameras to monitor key points throughout the house.

Frustratingly for the scientists, the poltergeist, djinni – or hoaxer – refused to perform on cue, and all the fires that occurred during the month-long investigation flared up just outside the cameras’ limited fields of view.

In late February, in a three-page report that addressed only the fires and ignored the other strange aspects of the case (such as the cameraman’s hot foot), the boffins presented their predictably sceptical conclusions: “This commission believes that: possibility of metaphysic involvements is negligible.

Wholly comprehending the problem requires a long time observation of a socio-physiologic nature of all members of the Toprak family.” The clear suggestion was that the family was hoaxing the phenomena. Most damningly, the report stated, falsely, that the Toprak children had been caught with cigarette lighters.

Deeply insulted, and exhausted by the attention, the family packed up and moved 140km (87 miles) south to Cizre, hoping once again to outrun their demon.

By March 2013 they’d lived in six different residences, but each time they moved the fiery nightmare dogged their steps. In the seven months since the terror began, it was claimed, no fewer than 300 blazes had occurred.

Mr. Toprak said, “We bought all our own furniture; I worked hard for it – why would we burn it?”. He said he didn’t want money or notoriety, just a peaceful place to live and work. “We always pray,” he said, with evident sincerity, “that nobody else will have to experience this.” His wife and children eagerly confirmed all the facts as reported in the media, and provided interesting additional details.

Shortly before the first fire, they’d had to call a locksmith when a key inside the front door of their original house had, seemingly impossibly, turned and locked them all outside.

Mrs Toprak described how, on another occasion, she’d set out plates for breakfast, stepped into another room, and returned moments later to find them gone. They were discovered arranged neatly in the garden. A TV remote, a mobile phone and other appliances also vanished from closed rooms and were, apparently, teleported outdoors.

Mr Toprak was still very annoyed about Dr Murat’s report, particularly his allegation that the children had been caught with cigarette lighters. The truth was somewhat different.

“One night in Siirt,” he explained, “we were all sleeping in the same room because we were so scared, and all of a sudden we smelled smoke and searched the other rooms. We found nothing, but when we returned to our bedroom we saw our beds burning. Then I found a lighter under my pillow – but where it came from we don’t know.”

So the academics would never have known about the lighter if Mr Toprak hadn’t mentioned it – yet they gave a different account of its discovery and implied that the entire family were mentally disturbed hoaxers.

Mr Toprak was also exasperated that the academics focused entirely on the fires and ignored the other strange phenomena: “We told them, but they didn’t publish what we’d said.” He had also told them the fires probably wouldn’t happen for their cameras: “Because even we never see them start. We are at home always and nobody saw it in 300 times. It happens at our back, in another room; we smell it, then we realise. I think whatever happens doesn’t want to be seen.”