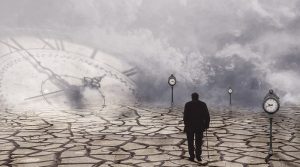 Staff at the Center for Palliative and Hospice Care in the US city of Buffalo, New York, reported the completion of a 10-year study on the last days of a person’s life.

By communicating with their patients, the medical staff made one very unusual and intriguing discovery. It turns out that shortly before death, the vast majority of people begin to have the same dream. This tells Dr. Christopher Kerr, who was the study leader.

According to the doctor, watching the hopelessly ill, he and his colleagues determined that about 3 weeks before death, a person begins to visit incredibly vivid and pleasant dreams with the same story line. In these dreams, the dying meet with deceased relatives, friends, lovers and even their departed pets, experiencing very warm sentimental feelings that they could never even have in real life.

Dreams make it easier for a person to enter another world

The patient often packs a suitcase in his sleep and buys a ticket for a plane or train, this means that he is obviously going to his final journey. At the same time, somewhere far away, on the horizon or beyond the visibility of the sleeper, amazing landscapes: ancient forests, endless fields, warm seas, high mountains.

Many patients wake up after these dreams in tears and cannot recover for a long time, although the impressions of such “transcendental journeys” remain, as is easy to guess, the most positive.

It is reported that more than 13 thousand people took part in the study, and about 88% of them saw surprisingly vivid dreams with the motifs described above on the eve of death.

Unusual dreams begin in terminally ill patients 10–11 weeks before death, and 3 weeks before her night visions become more and more fantastic and impressive. Experts can not yet find a rational explanation for this phenomenon.

Of course, the materialists suggest that during their inevitable extinction, the brain releases so-called “hormones of happiness” in significant quantities in order to alleviate the last days of the dying person. However, there is also a metaphysical explanation, according to which, before the death of the body, the human soul begins to separate from it, floating away into other dimensions.

Be that as it may, one thing can be said with certainty: these visions soothe people and reduce their fear of the impending death, and therefore suffering.