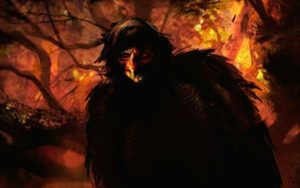 According to Captain John Stuart, the Shawnees were the most savage. They were warriors who looked upon other fighters with contempt. They were the best warriors.

In 1774, the long boat people, white settlers, were moving toward the Kanawha and Ohio River valleys. The confederacy made preparations to protect their land. They formed a line from the Ohio and Kanawha Rivers.

Cornstalk name terrified the whites. In 1777, he made peace with the whites. That November, the Native Americans were getting ready for a new attack on the whites. Cornstalk and fellow tribesmen didn’t want to be in a war they knew they would lose.

On November 7th, Cornstalk and a Delaware Chief, Red Hawk went to the fort to try to make peace. They spoke with Captain Arbuckle. The Shawnee Chief told the captain that he was opposed to joining the war on the side of the Redcoats, but the entire confederacy, except himself wanted to do so.

For his efforts to try to make peace, the reward was that he, Red Hawk and another Native American were held hostage at the fort as an attempt to prevent the Native Americans from joining the British forces.

They were treated well and given comfortable quarters to stay in. Cornstalk helped the soldiers in making maps of the Ohio River Valley. On November 9th, Ellinipsico, Cornstalk’s son visited him at the fort. He, too, was held hostage.

On November 10th, gunfire was heard from the direction of the Kanawha River. Two of the soldiers, Gilmore and Hamilton, had been hunting deer and were attacked by members of a tribe that was not Shawnee. Hamilton escaped. Gilmore was killed and scalped.

When Gilmore’s body was returned to the fort, the soldiers became frenzied. Although the attacking Native Americans were not Shawnee, they wanted the four hostages killed. As the men strode into the room, Cornstalk stood. He was six feet tall and the men, momentarily stopped. Then they shot at the hostages.

Red Hawk tried to escape by climbing up a chimney. He was killed. Ellinipsico was killed as he sat on a stool. The other Native American was strangled to death. Cornstalk was shot eight times.

Before he died, he said that he had tried to make peace and help the white men. He had refused to join the British in the war. He had saved the white man from harm. His son was murdered.
Then, he spoke with vengeance. He said the curse of the Great Spirit would fall upon the land. It would be blighted in its hopes.

The three bodies were dumped in the Kanawha River. Cornstalk’s was buried in a grave near the fort on Point Pleasant. The town of Point Pleasant was founded in 1794. In 1840, Cornstalk’s body was moved to the Mason County Outhouse grounds.

In 1899, a monument for him was built. In the 1950s, a new courthouse was erected. The chief’s remains were re-interred in the Tu-Endie-Wei Park. The DAR built a twelve foot monument to Cornstalk.

1880, an entire city block in Point Pleasant was destroyed by fire.

On July 4th, 1941, another bolt of lightning hit the monument. It was repaired. People wondered if this was because of Cornstalk’s curse.

There have been other disasters on the land that the chief cursed.

April 21st 1930, 320 people died in a prison fire at the Columbus, Ohio State Penitentiary which is 80 miles from Point Pleasant.

June 23, 1944, 150 people died when a tornado scurried though the junction of Ohio, Pennsylvania and West Virginia.

December 1953, six men were killed in a barge explosion.

December 1967, 46 people were killed when the Silver Bridge which was over the Ohio River collapsed.

November 14th, 1970, 75 people were killed when a Southern Airways DC-9 crashed into a mountain near Huntington, West Virginia, including the coaches and players for the Marshall University football team. This was 40 miles from Point Pleasant.

February 1972, 118 people were killed when the Buffalo Creek, a tributary of the Kanawha River rampaged through and 18 mile canyon.

January 1978, a freight train derailed at Point Pleasant. Thousands of gallons of toxic chemicals seeped into the ground. The city’s water wells were contaminated and could no longer be used.
April 27th 1978, 51 construction workers on the Willow Island power plant site died when a scaffold collapsed. This was in the town of St. Mary’s, 50 miles from Point Pleasant.

The oldest oil tanker that served in the U. S. Navy at the start of World War II was the USS Kanawha. On April 7th 1943, she was anchored at Tulagi in the Solomon Islands when the Japanese attacked the harbor.

The skirmish was confusing and the Kanawha’s gunner shot down at least one American plane. After the battle, 39 Japanese and 7 American planes and been destroyed. The Kanawha and two other ships were sunk.