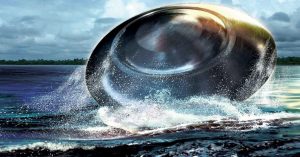 One of the most interesting and unique paranormal UFO incidents was the famous UFO sighting in the tiny fishing village of Shag Harbor in Nova Scotia Canada on October 4th, 1967.

During that evening a UFO that was sighted by several witnesses was reported to have crashed into the waters just off the coast near Shag Harbor. What makes this sighting unique is that its one of the few where government agencies have actually acknowledged and declared that it was a UFO sighting.

The Royal Canadian Navy conducted at least one underwater search to locate any craft that might have crashed, but no evidence was ever found.

The Canadian government has stated that no known aircraft was involved and whatever did impact off the coast of Shag Harbor remains a mystery to this day. Some witnesses have claimed that US military forces assisted in the search, but that remains unconfirmed.

This UFO case was brought up to the US Condon Committee which studies UFO sighting, but no explanation was ever given by the committee as to the probably cause of the impact, whether natural, man-made or paranormal.

Possible explanations about what did crash near Shag Harbor range from military aircraft to meteor strike to UFO to even paranormal explanations. What we do know is that at about 11:20pm local time on October 4th, 1967 eleven people witnessed a low flying object that was poorly lit head towards the harbor.

Many of these witnesses reported hearing a whistling sound as if a bomb was dropping from the sky then a loud “whoosh” noise before the object crashed into the harbor making a loud bang. 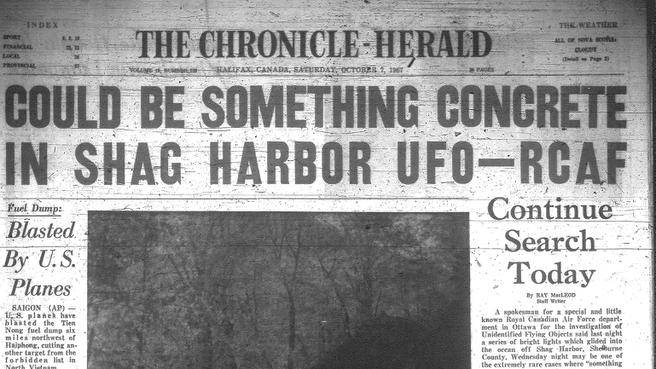 The initial witnesses believed they saw a plane crash and some even reported that the object was floating in the harbor for a short period of time. They called the authorities to alert them of the incident and they responded with their search and rescue teams.

Before the authorities could arrive on the scene, the object sank under the waves and was never seen or heard from again. By the next morning, RCC Halifax which monitors all air traffic in the region reported that all aircraft both military and commercial were accounted for all along the eastern seaboard.

Despite this, a three day search was mounted in the Shag Harbor area where the object was seen to have crashed and nothing was ever found. However, what has added to the mystery was that some witnesses reported another search was going on in the Shelburne region which is located several miles northeast of Shag Harbor.

Witnesses who have remained anonymous have stated that the object had been tracked to Shelburne where it came to rest atop a submarine detection unit and was joined by another object. For three days, these objects were monitored until a Soviet sub entered the area and they went off to investigate. Upon their return, both objects had disappeared.

The Shelburne part of the Shag Harbor UFO event remains sketchy at best, whether this was a military craft, natural object or paranormal event remains a mystery to this day.