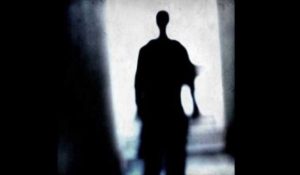 “It must be my imagination.” This is a typical reaction of an individual who has experienced the paranormal phenomena commonly known as shadow people.

Shadow people have been described as dark, human shaped figures appearing momentarily in one’s peripheral vision. The silhouette disappears as soon as the person turns to look in that direction. Sometimes, the witness may feel as if someone is watching them.

Shadow people have been reported to have several different shapes. Two of the most common forms are that of someone wearing a Fedora-style hat or a hooded figure. Witnesses have described the figures as having a solid black form while others have seen shadow people with a less-defined, almost smoke-like appearance.

Some shadow people have been seen only from the waist up while others have had a full body.

There are spiritual, along with scientific explanations for shadow people. Some believe shadow people exist in another realm of existence and only make momentary appearances in the human world. Some say shadow people are guardian angels while others feel they are some sort of demonic force.

There are theories that shadow people are created by the subconscious mind and briefly manifest into a visible apparition.

One spiritual explanation can be found in the mythology of the Cherokee tribe. A particular legend tells of a witch called the Raven Mocker. At first, the witch transforms into a bird and then becomes a shadowy, human-like figure.

These beings are believed to steal the souls of those facing illness and death. Families request the service of a shaman to protect their ailing loved ones. The Raven Mocker will not enter a home if the shaman is present and thus, the soul is safe.

In the Islamic faith, shadow people are known as “Jinn.” It is believed that Jinn can see humans but are themselves invisible. Jinn are very similar to humans in that they have responsibilities such as jobs and families. They also face consequences for their actions.

There are Jinn with good intentions as well as those with evil agendas. Those of the Islam faith who feel they are being harmed by malicious Jinn may engage in prayer and other religious practices to protect themselves.

There are a number of scientific explanations for the sightings of shadow people. Pareidolia is a condition when the human brain takes random patterns of light and texture and mistakenly converts them to familiar shapes. These images are seen in the peripheral area of vision.

Another physiological condition that can induce images of shadow people is hypnagogia. Hypnagogia is a state of conscious where an individual is aware of their surroundings but is partially in a dream-like state.

They can see images created in their subconscious mind while in this state. Hypnagogia is also known as the “faces in the dark” phenomena as individuals have reported seeing faces while in the waking-sleep stage. Researchers have attributed hypnagogia to such incidents as alien abduction, nocturnal visitation and contact with angels and demons.

Sighting of shadow people have also been attributed to the use of drugs such as methamphetamine, cocaine, LSD and ecstasy. Even non-prescription medications can produces images of shadow people if they are consumed in large quantities.

Medication containing diphenhydramine such as Benedryl and cough medicines with dextromethorphan as an active ingredient have been reported to induce sightings of shadow people. There have also been findings of pseudoephedrine, found in many decongestants, causing visions of shadow people.

Laboratory testing has indicated electromagnetic fields can disrupt the function of the brain’s temporal lobes. This interference can create an altered state of perception where auditory and visual hallucinations may occur.

Certain forms of epilepsy, seizure disorders and dementia have been known to cause those afflicted to experience sightings of shadow people.

Theories abound regarding the concept of shadow people. Shadow people have been attributed to hallucinations induced by cold medication, beings from a parallel universe and guardian angels. Other explanation have been found in the Islamic faith was well as Native American mythology.

Regardless of the theory deemed most feasible, sightings of shadow people will continue to raise questions and possibly additional explanations of their origins.