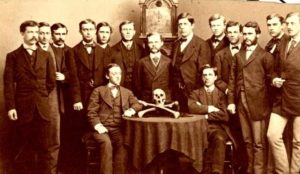 You are not the master of your own existence. No one is. The lives of the many are controlled by the devious and deliberate dealings of the few.

At least that’s the notion held by scores of conspiracy theorists: that secret, elite societies, are, and have been, manipulating everything – who becomes president, how long daylight savings time lasts, to what you’re watching at 8 p.m. PST on Wednesday nights.

While total world annihilation may be a little extreme even for the wildest theorists, the accusations associated with secret organizations are far-reaching and frequently nefarious in nature.

The problem is this: with “secret” being the operative word, no one can prove many of these societies really exist, and even when they can, their machinations remain clouded from view.

Take a gander at the rumors surrounding a few of the most notorious groups, and the possible links they have to one another. Just be sure to clear your search history when you’re done. You never know who may be watching…

Speculation about the far-reaching influence of The Freemasons is one of the most frequent topics of conversation in conspiracy chat rooms, right after the Kennedy assassination and the faked moon landing.

This organization began as a secret network of medieval architects that eventually expanded to include European society’s most educated, powerful, and brilliant men whose loyalties shifted from their respective public realms to the ideals of freemasonry; ideals stemming from brotherhood, ancient Judaism, the pursuit of perfection, and service. 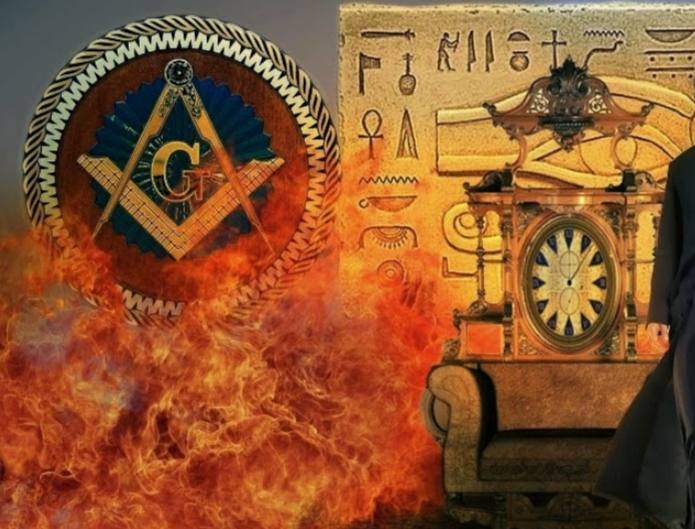 The world’s most notable societies, secret and otherwise, trace their roots back to the masons, and countless others take inspiration from Freemasonry’s models of initiation degrees, rites and rituals.

Charged with erecting Solomon’s temple, igniting the enlightenment, and drafting the U.S. constitution, the Freemasons of today are not nearly as secretive as they once were. They have over 5 million members worldwide and openly participate in charitable and community activities.

However, they continue to be opposed by numerous political and religions organizations, who accuse the organization of occultism and interference with governmental functions to this day.

Of all the theories about the rich and powerful secretly deciding our fate, this one seems the most plausible. The Bilderberg Group meets annually to discuss “current concerns,” namely the international economy, and includes heads of states, business leaders, noted professors, and high-ranking members of the press.

Any time a collection of influencers like this get together behind closed doors amid secret-service level security, it’s a reasonable cause for concern.

Participants have been meeting since 1954 and claim that their only purpose is the ability to discuss pressing issues off-the-record and with an open mind, in order to improve communication and relations between nations. The whole thing smacks of an impending New World Order.

During the 18th century there was an upsurge of secret intellectual and fraternal organizations sparked by the Age of Enlightenment. One of the most well-known of these was the Illuminati, with a reputation for imposing near-impossible standards of conduct on its members in order to promote individual perfection and “covert” leadership, essentially the subversion of institutions with back door power plays.

Founded in Bavaria by canon law professor Adam Weishaupt in 1776, the Illuminati only thrived for a brief period before ultimately being dissolved by petty in-fighting and condemnation by the Church.

Its legend continues thanks to the many novelists who employed fictionalized versions of the Illuminati in their work. The most notable is Dan Brown’s Angels and Demons, where they were portrayed as a corrupt, nefarious organization with world-wide scope.

This sounds like the stuff of fiction, but a few modern organizations that keep their membership rosters secret claim to be heirs to the original Illuminati, and others are reported to conduct rites and rituals attributed to their predecessors.

The Internet rumormill frequently cites members as varied as Nigerian government leaders to hip hop stars such as Rihanna and Jay-Z.

Much like the Illuminati and the Freemasons, there’s no arguing that Opus Dei exists: it’s an officially recognized organization within the Catholic Church, founded in Spain in the late 1920’s.

It claims membership of both clergy and lay persons in the tens of thousands, and its stated mission is to advocate for finding the divinity in hard work and ordinary life.

Innocuous enough, but the group has faced criticism for several unsettling things, not least of which is the purported practice of “mortification of the flesh”, which is just as medieval as it sounds. One thing is documented though.

Opus Dei thrived during the post-revolution fascist government of Spanish dictator Francisco Franco, which isn’t exactly a glowing testament to its character, or to its supposedly innocent mission. 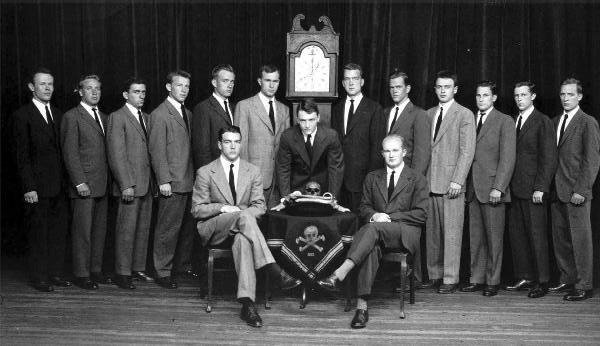 Shortly after its formation as a fraternal and religious group at the turn of the century, Ordo Templi Orientis (OTO) was essentially usurped by famous occultist/general oddball Aleister Crowley.

Crowley scrapped much of the OTO’s Freemasonry-inspired structure and philosophy in favor for one of his own creation: The Law of Thelema, which held as its central tenant, “Do what thou wilt shall be the whole of the Law”, meaning that initiates should attempt to follow their own desires, rather than a path guided by prescribed or ego-driven notions.

Adherents move through a series of initiation rituals during which various philosophical and magical teachings are imparted with a healthy dose of sexual overtones.

Though OTO’s popularity waned somewhat after Crowley’s death, it exists today throughout the world, and many lodges hold public performances of the initiation ritual, the Gnostic Mass, in an effort to lessen the perception of exclusivity and secrecy that has surrounded the group.

Hermetic Order of the Golden Dawn

This was a collection of educated English men and women who met in secret to study philosophy, mess with the occult, and experiment with magic. It may sound rather silly now, but the Order is credited as being one of the most influential forces for sparking modern Western interest in the occult, and was also notable for admitting women on equal footing as men; a notion virtually unheard of in the late 19th century.

Throughout the course of its run, the Order included dozens of Britain’s most powerful players. Though no one has been able to prove it, it’s not unlikely that many a political string was pulled once the tarot deck was put away for the night.

If you’re at all interested in UFO theories, you’ve probably come across a mention or two of these fellows. Documents that emerged in 1984 seemed to indicate that a group of military, science, and government officials were assembled by President Truman to investigate the evidence associated with activity near Roswell, New Mexico.

Though the documents have long since been “debunked”, (if you believe the debunkers), the Majestic 12 continues to surface in literature, due primarily to the fact that many of the people named as members of the group actually did, and in many cases, continue to do genuine work in relation to UFO and other sensitive activity.

Their Signs are Everywhere: Is The Illuminati Real?