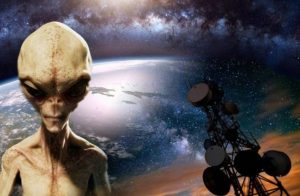 Humans will meet representatives of intelligent alien civilization in 2036. This prediction was made by astrophysicist Seth Shostak from the SETI Institute, according to Popular Mechanics.

The expert’s conclusion is based on the fact that every few years the power of computers doubles, which will help people find extraterrestrial civilizations.

“In order to analyze huge amounts of data received from space, significant computing resources are needed, so it can be assumed that with the development of computers, analysis will be seriously accelerated,” he explained.

By 2036, computers will be powerful enough to be able to find technology signatures that point to aliens.

Technosignatures are what we humans would recognize as signs of technologically-advanced activity. The best-known example is radio signals, which SETI researchers have spent the past few decades searching for. But there are many others signatures that have not been explored fully, and more are being conceived of all the time.

These include laser emissions, which could be used for optical communications or as a means of propulsion; signs of megastructures, which some believed were the reason behind the mysterious dimming of Tabby’s Star; or an atmosphere full of carbon dioxide, methane, CFCs, and other known pollutants

“We have to study millions of star systems to find traces of an advanced alien civilization,” the astrophysicist said.

However, the researcher notes, even if people manage to catch an alien signal, this does not mean that they will be able to establish communication with aliens.

A passenger airliner encounters a UFO near Karachi, Pakistan