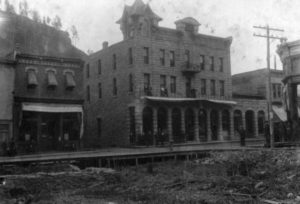 Seth appears to be the sole haunter in the Bullock Hotel that he and his partner built. The hostelry has various paranormal activities…

In 1876, Seth Bullock and Sol Star moved their hardware store from Helena, Montana to Deadwood, South Dakota. Their shop, on the corner of Main and Wall Streets, was very successful.

After it was destroyed by fire, they built the luxurious Bullock Hotel. Seth died of cancer on September 23, 1919. There are conflicting reports about where he died. The most prevalent one is that he died in Bullock Hotel Room 211; the other, at his ranch.

He’s buried in the Mount Moriah Cemetery where Wild Bill Hickok and Calamity Jane were interred. According to many witnesses, Bullock’s ghost haunts his hotel.

In 1879, the hardware store survived a devastating fire, but in 1894 the building was again struck by fire and completely destroyed. Bullock and Star decided to build Deadwood’s best hotel on the property.

The fine-dine restaurant seated one hundred peopled. Its lobby had red velvet carpeting, brass chandeliers and a grand piano. All of the sixty-three guest rooms had oak dressers and brass beds.

A library and parlor were by the balcony. Soon, it was one of the most popular luxury hotels of its era. In 1900, they bought a small building adjoining the hotel which became the Gentlemen’s Bar.

James Butler “Wild Bill” Hickok had a premonition that he would die in Deadwood. He was shot in the back of his head by Jack McCall on August 2, 1876 while playing poker in Carl Mann’s Number 10 Saloon.

His last hand consisted of two pairs, aces and eights, later dubbed “the dead man’s hand.” McCall claimed that Hickok killed his brother and he was avenging his death.

He was found not guilty during this trial because of a technicality and his claim that Hickok killed his brother in Hays City in 1869, although there was no proof. He was found guilty during a second trial and hanged.

Some witnesses have seen a shadowy form in the Number 10 Saloon, while others claim to see this specter in the doorway. Bullock, a former Montana sheriff, was appointed Deadwood Sheriff shortly after Hickok’s death.

The municipality was considered a wild and anarchistic mining town that attracted outlaws, disorderly cowboys and other undesirables. After Hickok’s murder, the townspeople demanded lawfulness and appointed Bullock, a former Montana sheriff, as Deadwood Sheriff shortly after Hickok’s death.

He was a tall imposing man who commanded respect. Bullock wasn’t intimidated by Deadwood’s lawlessness and danger. He appointed several bold deputies to help him establish law and order.

Before long, there was normalcy in the former wild town and crime was almost completely eliminated. Bullock never killed a man while he was sheriff. 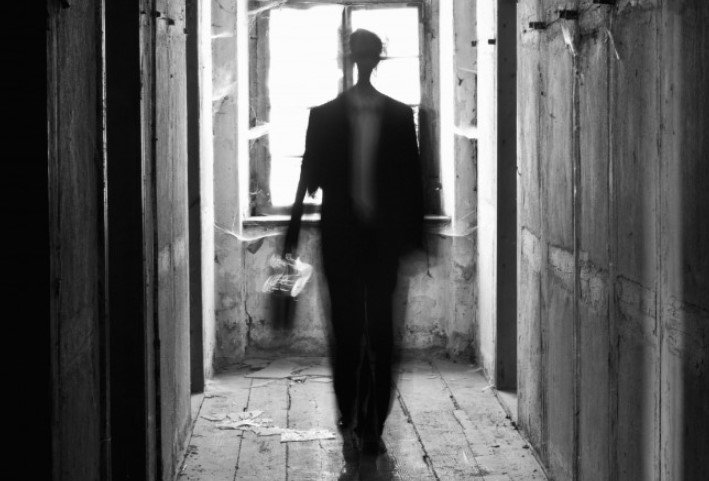 According to staff and guests, Bullock haunts his hotel. There have been reports of feeling a strong paranormal presence inside several of the second and third floor rooms and hallways, in Bully’s restaurant and Seth’s Cellar.

Some have sighted Bullock’s ghost in various parts of the hotel. His apparition, reportedly, helped a lost child in the hotel return to his room.

On the second and third floors, guests have reported numerous strange incidents, including photographs with strange anomalies, TVs that change channels and turn on and off by themselves, lights turning themselves on and off, alarm clocks that sound off when they aren’t plugged in, seeing misty forms, showers operating on their own and an antique clock that chimes, although it hasn’t worked in years.

Many guests have reported hearing a disembodied male voice calling their name, being tapped on the shoulder by invisible hands and hearing whistling and phantom footsteps in hallways.

Enthusiasts of the paranormal where they can see the places where ghostly activity occurs and, perhaps, experience Hotel Bullock’s otherworldly incidents are attracted. The hotel’s website has pictures of the interior.