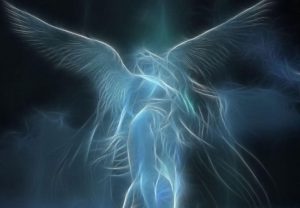 Angels – those amazing heavenly beings. Is there any other being that can fill you up with such a feeling of pure love? The majority of people in the world believe in the existence of angels—many people have had inexplicable experiences of sensing or feeling the radiant spirit of an angel in times of great need. Other people have been lucky enough to actually see angels.

Believe it or not, it’s not a fluke — humans can see angels. You just have to train your mind to look for them.

Why some people see angels and some don’t

Angels operate at a very high frequency; it’s actually a much higher vibrational frequency than most human beings vibrate. This is why the run of the mill person in the average situation can’t see them.

This is also why psychics – who also vibrate at higher frequencies than the rest of us – are able to better sense or even visually see angles when they try.

So really, it’s a matter of your own vibrational frequency and your sensitivity to picking up things through these frequencies.

If you can learn to raise your frequency or pick up on higher frequencies, you’ll begin to start seeing angels. While some people do this naturally, other people have to train themselves to do it.

How to Train Yourself to See Angels

Learning to raise your own spiritual vibration is possible through certain meditations and trance work. If you’re a person with a negative attitude, you can come a long way simply by learning to adopt a more positive outlook on life.

Negative thoughts sort of weigh you down, pulling you down to lower vibrational frequencies. Positive thoughts raise you up. Meditate on positive feelings and emotions, like compassion and love, and after a while you’ll begin raising your frequency overall.

Learning about auras and practicing exercises to see auras can be very beneficial, as most often the only thing that we can see of an angel is its aura. Angels don’t have human physical bodies; they’re heavenly beings—pure spirits.

As such, you can’t really look for flesh and blood. Occasionally they do appear to people as such, but this is just a sort of illusion they are projecting to you so you will understand better what you’re seeing. Most of the time, though, they’re not making that effort to allow you to see them—so you’ve got to make the effort on your own if you want to catch a glimpse.

Another way is to ask your angels to reveal themselves to you in dreams. When you’re dreaming your body naturally enters higher and lower vibrational frequencies. Sometime you hit the right frequency for seeing angels.

As mentioned above, don’t expect to see what looks like a solid human being. Those kinds of manifestations are pretty rare. Most of the time, people who see angels describe them simply as �?beings of light’.

Try this little experiment: one night, get a candle out and set it in a holder. Place it so that there is a blank white wall behind it.

Shut all the lights and light the candle, then stare not at the flame, but around the edges of the flame at the wall behind it. Soon you’ll begin to see what looks like a whitish glowing aura.

This is what angels look like, except that shape will be in a more humanoid form than candle flame form. You may even see the outline of wings if you look carefully.

Once you do start learning to see angels and you know what to look for, you’ll begin to see them everywhere—because everyone has angels with them at all times.

Just keep practicing and one day you may just find yourself amazed as you see your first heavenly body.

The Native American Animal Zodiac: What Sign Are You?