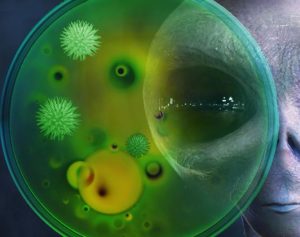 The era of space exploration brings with it a new risk: invasion. The peril comes not from little green men arriving on flying saucers but, rather, from microbiological contamination of Earth from extraterrestrial environments and vice versa, reports scitechdaily.com.

Writing in BioScience, Anthony Ricciardi, of McGill University, and colleagues describe the dangers posed by such organisms and outline an approach to address the threat.

And that threat may be more immediate than previously anticipated. Despite considerable microbial caution among space agencies, say the authors, “bacterial strains exhibiting extreme resistance to ionizing radiation, desiccation, and disinfectants have been isolated in NASA ‘clean rooms’ used for spacecraft assembly.”

However, outlined within the article is a possible approach to addressing this alarming scenario: the emergent field of invasion science, in which practitioners study the causes and consequences of organism introductions beyond their evolved ranges.

“Research in invasion science has produced novel insights for epidemiology, rapid evolution, the relationship between biodiversity and community stability, and the dynamics of predator–prey and parasite–host interactions, among many other concepts,” say Ricciardi and colleagues.

They go on to explain that “Protocols for early detection, hazard assessment, rapid response, and containment procedures currently employed for invasive species on Earth could be adapted for dealing with potential extraterrestrial contaminants.”

The authors highlight a number of insights from invasion science that could be brought to bear on issues of space biosecurity, such as the fact that insular systems such as islands, lakes, and remote habitats are most vulnerable to invasion threats.

Despite their value for space biosecurity, the authors state that invasion biologists have yet to be involved in Committee on Space Research planning.

This should change soon, they argue, because “greater collaboration between invasion biologists and astrobiologists would enhance existing international protocols for planetary biosecurity—both for Earth and for extraterrestrial bodies that could contain life.”