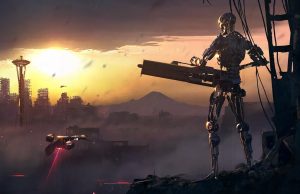 Researchers and technology experts from around the world are arguing over whether superintelligent AI can be contained or prevented from attacking humanity. The results are worrisome.

A number of scientists, philosophers, and technology experts from international educational institutions published an article in which they analyzed the danger, stating, among other things, that if such an entity were to arise, it would be unstoppable.

The authors of the study, representing academic institutions and technology organizations in the United States, Australia and Madrid, published their findings in the Journal of Artificial Intelligence Research. The article presents a complex picture of the relationship between humanity and its smart devices.

The field of artificial intelligence has fascinated and terrified mankind for decades, in fact since the invention of the computer, but until recently the potential dangers were limited to science fiction films and books.

The researchers noted that AI has developed at an incredible pace in recent years, thanks to new methods such as machine learning and reinforcement learning that are being successfully applied in a large number of areas.

“Whether we know it or not, AI is fundamentally impacting many aspects of human life, how we experience products and services, from choice to consumption. Examples of this include improved medical diagnosis through image processing, personalized movie and book recommendations, email filtering, and more. The smart devices we use on a daily basis activate many AI applications,” the researchers write.

As an example, the researchers said that smartphone devices do not just use AI, but run self-learning software and store almost endless information about the user.

One of the most important aspects of the evolution of AI into an advanced super being is characterized by breakthroughs in the processing power of machines, the ability to develop algorithms and, of course, the development that humans have made in technologies related to the world of communication.

“The ability of machines to defeat human opponents in various game situations such as chess, poker, quizzes, etc. is symbolic of a trend fueled by the exponential growth in computing power of computers, allowing them to defeat the best human minds. These risks range from machines causing significant disruption to the labor market, to the use of drones and other autonomous weapons that can be used against humans,” the researchers say.

The biggest risk, the researchers argue, is super-intelligent AI, which is smarter than the best human brain in every possible area.

“Superintelligent AI has the tools to mobilize various resources to achieve goals. The superintelligence, given the task of maximizing happiness in the world, might think that it is more efficient to destroy all life on Earth and create faster computer simulations of happy thoughts,” the researchers explain.

The researchers argue that the ability of modern computers to adapt using complex machine learning algorithms makes it difficult for us to understand or prepare for the possibility of such a super AI rising.

The fear is that one super-intelligent AI can store all possible computer programs in its memory at the same time, and any program written to prevent machines from harming people can be erased or rewritten, and people will not have the opportunity to catch up in time or prevent it.