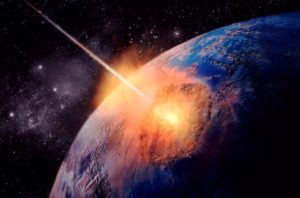 Mass extinctions are causing the destruction of all life on the planet. Scientists have found that global cataclysms occur on Earth every 27 million years. Perhaps the next cycle has already begun.

Experts have conducted studies of the extinction of living things on land and in water. They found that there is a mass extinction every 26-27 million years. As a rule, this happens as a result of the impact of a huge asteroid or the eruption of a large volcano.

This time, our galaxy itself may provoke extinction. Michael Rampino stated that the number of large asteroids has increased recently.

Also, the impulses resulting from the internal activity of the Earth, provoking the emergence of basalt volcanism, have become much stronger.

In addition, every approximately 30 million years, the Earth and other planets in the solar system pass through the median plane of the Milky Way, where a huge number of comets are observed. They can easily fall to Earth and destroy all life on it.