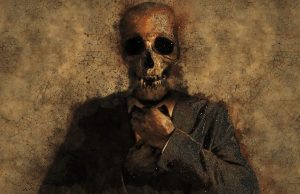 Scientists are confident that their new discovery will be able to help in achieving the eternal goal of humanity – immortality.

Death is something that always scares humanity. For centuries, scientists all over the world have tried to understand what death looks like. And today they have become very close to this – they were able to determine the color of death.

The experiments were conducted by scientists from the research center of the Wellcome Trust and the Biotechnology and Biological Sciences Research Council, BBSRC, on earthworms, reports Clutch.

During the death of the body, the intercellular bonds are destroyed, which leads to the loss of organic compounds. This leads to the fact that the cells change their color in response to the destruction of certain bonds, namely the connection with calcium.

Researchers conducted the study on worms. When dying, the cells of the worms due to the destruction of the intercellular connections and necrosis acquired a different color. It was precisely by changing the color of the cells between themselves that they transmitted information about irreversible processes in the body. And it was for this color that scientists were able to see how death spreads.

The color of death turned out to be blue. It is in this shade that dead cells are stained with a destroyed calcium compound.

Necrosis led to the blue glow of worms. So, the researchers managed to observe how death was spreading.

This phenomenon is typical not only for worms, but also for many other living organisms.

According to experts, the blue color serves as a kind of conditional signal that is transmitted from cell to cell, reporting on the beginning of the process of death of the whole organism.

Therefore, scientists are confident that their new discovery will be able to help in achieving the eternal goal of humanity – immortality.

From now on, research will continue and, perhaps, scientists will soon be able to find the answer, how to prevent death, if it is known how it occurs and what happens.

Invisibility cloak technology like in Predator can soon be real