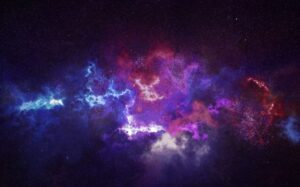 Nobody knows what is outside the Universe, where these “limits” are and whether they exist at all.

If earlier people thought that, looking at the sky, the whole cosmos was in front of them, then they were deeply mistaken. It will never be possible to see the entire outer space as a whole, scientists are sure, reports Space.com.

Previously, people thought that everything they see in the night sky is all space. It was exactly like this until Edwin Hubble appeared. In honor of this astronomer, NASA named a space telescope.

Edwin Hubble monitored the spots of light that lurk among the stars. He found that these spots come from clusters of stars. They were located so far away that only the light emitted by cosmic bodies can be seen.

After this discovery, scientists realized that all the stars in the field of human vision are part of the Milky Way, and the spots of light belonged to other galaxies.

In this way, researchers have expanded their scope of knowledge about space. Moreover, later astronomers came to the conclusion that we only observe the visible part of the Universe, and it can be measured.

The distance between the two extreme points is 93 billion light years. This is how to make 300 thousand circles along the Milky Way (the Sun, for example, made only 20 circles in its entire history of existence).

Another interesting fact from scientists is that the Earth is located in the center of the visible part of the Universe. This is why we see so many stars in the night sky.

But whether there is an end or a limit for the Universe, so far no one can answer. But most researchers are confident that universe is limitless.