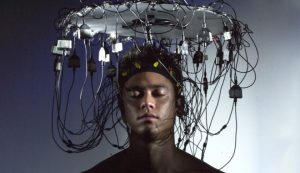 Thanks to functional magnetic resonance imaging it is possible to understand what the person is thinking.

Neuroscientists at the University of Texas at Austin have learned to track the flow of oxygenated blood through the brain, reports Science Alert.

It is noted that the corresponding procedure is carried out through functional magnetic resonance imaging (fMRI): active brain cells require more energy and oxygen, so this information provides an indirect measurement of human brain activity.

“This method is not perfect, but thanks to it, scientists can decipher a person’s thoughts. He is not able to reproduce a literal translation, but this is enough to understand what the subject is thinking,” the newspaper writes.

During the study, scientists scanned the brains of one woman and two men aged 20 to 30 years. They were given nearly 16 hours of various podcasts and programs to listen to in the scanner. Then a special “decoder” compared the audio patterns of these programs and the patterns of the recorded brain activity.

According to neuroscientist Alexander Hut, fMRI has “pretty good” restored the original plots of podcasts and broadcasts.

That is, the program was able to draw conclusions about which program the subjects were listening to, based only on brain activity. The fMRI even managed to reconstruct the plots invented by the participants.

“If any neuroscientist had been told this 20 years ago, they would have kicked you out laughing,” Huth said.

Neuroscientists noted that they plan to use the technology to help people who cannot speak and type on their own.

The idea is certainly a good one, but who guarantees that such or similar technology will not be used against the humanity?

Scientists told how dangerous a meeting with aliens for humanity