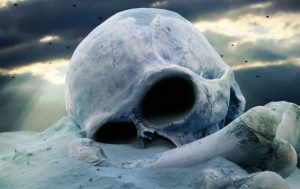 Scientists from the University of Cambridge in the UK said that humanity is likely to die because of their own rash actions. Experts believe that humanity may die due to viruses in the laboratories of the world.

Natural disasters (for example, asteroids, volcanoes) or anthropogenic factors are no longer in the first place in the apocalyptic list.

Scientists believe that the most likely cause of the death of all living things can be a nuclear war and viruses in the laboratories of the world. Any mistake made by a person can lead to the global spread of deadly viruses and bacteria.

The English theoretical physicist Stephen Hawking previously stated that various pathogenic organisms studied in the semi-secret laboratories of the world may sooner or later find themselves outside them and destroy humanity.

Before dying, in an interview with the Daily Telegraph, Professor Hawking said: “In the long run, I am more concerned about biology. To create nuclear weapons, large enterprises are needed, and genetic engineering can be done in a small laboratory. And you can’t keep track of every laboratory.

“So the danger is that, by accident or on purpose, we can create a virus that will destroy us.”

If earlier Hawking’s words could seem like an ordinary horror story, now, when the world is swept by the coronavirus pandemic, it looks very convincing.

In the Colorado, a bicycle race participant captured a strange UFO