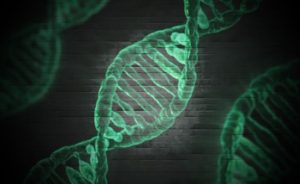 According to some scientists, death cannot be defined as the process of stopping the life of an organism.

Researchers have found that there are dormant genes in the human body that can be activated several hours or even days after death. However, why and how this happens remains a mystery.

“We really don’t know anything about what happens when you die,” says Peter Noble, a former professor at the University of Alabama.

Noble and colleagues at the University of Washington tested a technique for measuring gene activity.

They used tissue from the recently deceased zebrafish. Scientists expected to see a steady decrease in new copies of genes that occurs as cell activity decreases. However, they noticed that approximately 1% of the genes came to life, as if the cells were preparing to build something.

Scientists attributed this to the error of the devices, but repeated experiments confirmed an impossible theory: genes became active several hours or even days after the death of the body.

Later, a group of researchers led by Roderick Guigo of the Barcelona Center for Genomic Regulation discovered posthumous gene activity in humans.

The authors of the study concluded that death is a more subtle process than previously thought. It does not mean that all billions of body cells stop working instantly.

Researchers cannot name the reason why genes are activated after death.

Physicist claims Black Holes are gates to other universes, and we live in one of them

Former Navy Pilot: “I witnessed a solid black cube inside a translucent sphere”