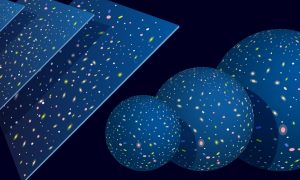 Our Universe is huge, you can’t argue with that, but what shape does it have? Researchers have many assumptions that answer the above question.

Of course, it is easiest to assume that the Universe has no form at all and to stop all reasoning on this score. However, not everything is so simple, as astronomers say that it still has a form that can be determined.

Many astrophysicists believe that the universe is flat, and there are several proofs of this: the light left over from the Big Bang, the rate of expansion of the universe in different regions, and how the universe “looks” from different angles. 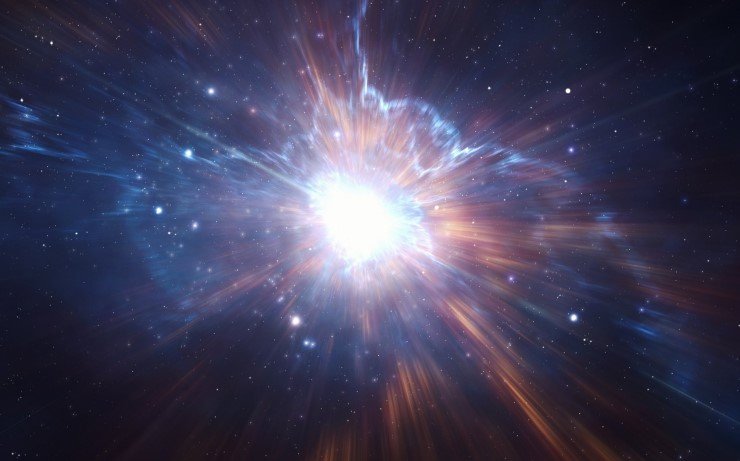 Light from the Big Bang

Theoretical astrophysicist David Spergel, a professor at Princeton University, has measured irregularities in the cosmic microwave background, the light left over from the Big Bang, as detected by NASA’s Wilkinson Probe (WMAP).

The amount of positive and negative energy in a flat universe is exactly the same, and, therefore, they compensate each other.

If the universe had curvature, one energy would be higher than the other. According to the astrophysicist, a flat universe corresponds to a universe with zero energy.

Measurements of fluctuations in the background radiation showed that the Universe was infinite and flat. Spergel also compared these measurements with those taken by ESA’s Planck spacecraft, further confirming his assumptions about the shape of the universe.

There is another argument, Spergel believes, that the Universe has a flat shape – its rapid expansion, which, by the way, is fixed by the Hubble constant.

There is another factor pointing to a flat Universe – the critical density. According to researchers from the Swinburne University of Technology (Australia), at a critical density, the Universe would be flat, which, sooner or later, must stop expanding.

Scientists believe that if the universe were denser, it would have the shape of a sphere and would eventually simply fall apart under its own gravity.

However, all current measurements of the universe indicate that its density is just below the critical density, which means that it has a flat shape and will continue to expand indefinitely.

Looks the same from all angles

Another significant factor in favor of a flat universe is that it is isotropic, that is, it looks the same from all sides.

Russian physicist Anton Chudaikin from the Institute for Nuclear Research and his colleagues, in order to estimate the curvature of the Universe, studied data on fluctuations in ordinary or “baryonic” matter, and also took into account the results of modeling the formation of atomic nuclei immediately after the Big Bang.

The team of scientists came to the conclusion that in different geometries, matter and light develop differently, which allows you to see the three-dimensional shape of the universe. The study showed that, with an accuracy of 0.2%, the Universe has a flat shape.

The researchers also reported that the findings indicate that the spatial curvature is zero. This suggests that our universe is infinite.

Something mysterious flew in the sky over USA