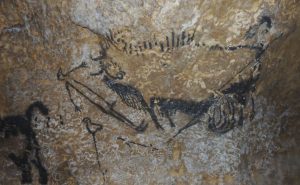 The 40,000-year-old rock carvings attest to the use of complex astronomy. Ancient drawings, which were previously thought to be symbols of prehistoric animals, are ancient star charts, experts recently discovered.

“Early cave art shows that humans had advanced knowledge of the night sky during the last ice age.”

Scientific research has shown that humans possessed complex knowledge of the stars and constellations over 40,000 years ago. Scientists have found that ancient people kept track of time by observing how the stars change their position in the sky.

As previously thought, ancient works of art found in many places in Europe are simple depictions of wild animals. However, instead, the animal symbols represent the constellations of stars in the night sky. They mark dates by marking events such as asteroid strikes, a new study published by the University of Edinburgh explains.

Scientists assume that ancient people perfectly understood the effect caused by a gradual change in the Earth’s axis of rotation. The discovery of this phenomenon, called the precession of the equinoxes, was previously attributed to the ancient Greeks.

“These findings support the theory of numerous cometary impacts throughout human history and could revolutionize the study of prehistoric populations.”

Experts from the Universities of Edinburgh and Kent have studied ancient cave art in Turkey, Spain, France and Germany.

Scientists have determined the age of cave art by chemically dating the paints used by ancient people.

Then, using computer programs, the scientists predicted the position of the stars at the time the paints were made. This showed that what used to be considered abstract representations of animals can be interpreted as constellations, as they looked in the distant past.

Scientists have concluded that these incredible cave paintings show that ancient people practiced a sophisticated timekeeping method based on astronomical calculations, despite the fact that the cave paintings are separated in time by tens of thousands of years.

“The world’s oldest sculpture, the Hochlenstein-Stadel Cave Lion Man, dating from 38,000 BC, has also been found to fit this ancient timekeeping system,” experts reveal in a statement from the University of Edinburgh. 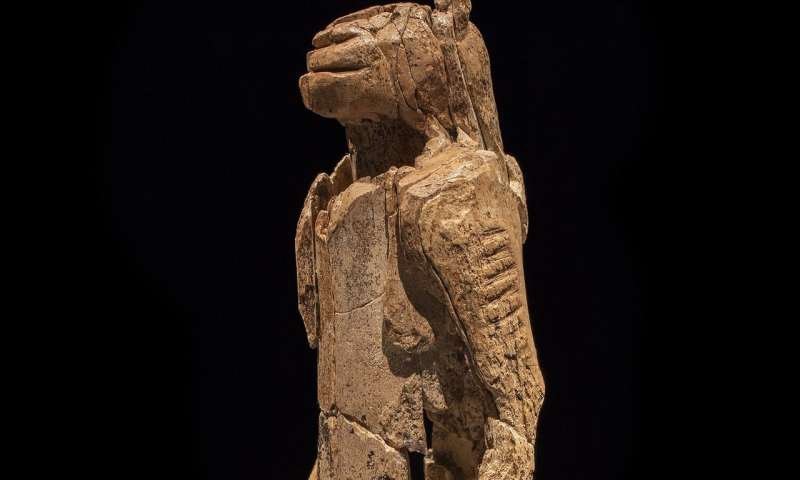 It is believed that the mysterious statuette is dedicated to the catastrophic asteroid impact that occurred about 11,000 years ago and marked the beginning of the so-called Younger Dryad event – a period of sharp cooling of the climate.

“The date carved on the statuette is interpreted as 10,950 BC, with an accuracy of 250 years,” the scientists explain in their study.

“This date is written using the precession of the equinoxes, and the animal symbols represent the stellar constellations corresponding to the four solstices and equinoxes of this year.”

“Intellectually, these ancient people were no different from us today,” says Dr. Martin Sweetman of the University of Edinburgh.

Where did these ancient people get such knowledge about space and the sky?

The study was published in the Athens Historical Journal.