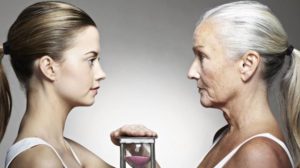 Scientists from the Buck Institute for Aging Research (California, USA) have carried out a large-scale study related to the aging process. In the course of the work, scientists found that mice that were given supplements of an endogenous metabolite lived longer than other rodents.

According to scientists, the results of their work confirm the possibility of slowing aging. The researchers said that the substance alpha-ketoglutarate (AKG) is produced in the body as a product of metabolic processes.

This molecule does not come with food, it is formed in the body only as a result of physical activity or during fasting.

Typically, this substance is added to nutritional supplements for athletes who experience significant physical activity. According to athletes, this metabolite allows them to achieve high results in sports, and bodybuilders to build muscle mass.

It should be said that this is just their opinion, since scientists have not conducted serious studies on the effect of the metabolite on the body.

Recently, however, scientists have paid attention to AKG and are interested in its effect on the human body and life expectancy. Recent studies have shown that the metabolite is able to slow down the aging process of the body.

In the next phase, the researchers intend to conduct trials on people of middle age and older.