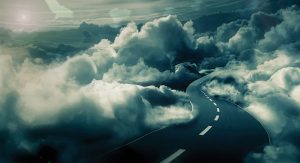 For more than a decade, Buffalo’s American Center for Palliative Care and Hospice Care has been studying patients’ dreams before they move to another world. The results were very interesting.

People mostly see vivid dreams of strange content. Some find themselves in an incomprehensible tunnel with intense light at the other end, while others see loved ones who have long passed away.

The study involved 10 thousand people. In 88%, dreams were repeated, one was brighter than the other.

In 72% of dreams, relatives were present to whom the dying man had affection. 59% in their dreams prepared their bags or bought tickets for some important trip.

Only 29% of the subjects also saw living relatives, approximately the same number (28%) observed moments from the past. In the dreams of dying children came animals to which they were attached.

Vivid dreams started about 10-11 days before the death and continued all the time. In the end, their frequency and emotional coloring only intensified.