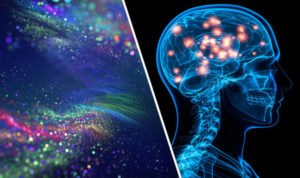 An international group of scientists recorded the activity of the brain of a dying person. They wrote about this in their article in the journal Frontiers in Aging Neuroscience.

Scientists from China, Estonia, the US and Canada randomly obtained an electroencephalogram (EEG) recording of the brain from an 87-year-old patient who suffered a cardiac arrest after receiving a serious hematoma.

The researchers reported that this was clarified when an 87-year-old patient with epilepsy was admitted to the emergency room after suffering a subdural hematoma from a fall. During brain monitoring, the man had a heart attack and died.

Researchers in the EEG record accidentally recorded that after the death of the patient, the brain continued its activity for 15 minutes.

It has been found that when the heart stops beating, the gamma-ray brain rhythms involved in processes such as dreaming, meditation and memory continue to be active, providing a complete picture of what a person can experience in the last minutes of life.

Researcher Ajmal Zemmar clarified that when gamma rhythms are activated, the brain recalls the last memories of important events before the person dies. He also noted that the results of the study radically change the idea of ​​when exactly life ends and raises important questions, for example, the timing of organ donation.

The scientists also reported that observations show that the brain can carry out coordinated activity even after the heart stops pumping blood through the vessels. Similar gamma-ray activity during death has been previously found in rats, but this is the first time this has happened in humans.

At the same time, the researchers stressed that the results should be treated with caution. This is the only study so far in which the patient’s brain was damaged by epilepsy.

Scientists expressed hope that they would continue the study, which would record brain activity in healthy people.

In conclusion, Anjal Zemmar noted that the study leads to the conclusion that although the eyes of loved ones are closed and they are ready to die, their brains can generate some of the pleasant moments that they once experienced in their lives.