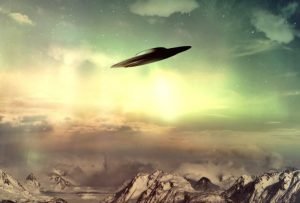 Harry Nolan, a professor of pathology at Stanford University, who has published more than three hundred scientific papers and holds four dozen patents, has devoted the past ten years to researching brain damage in UFO witnesses.

According to the New York Post, people who have dealt with UFOs often have mysterious brain damage.

Professor Nolan was contacted by representatives of the Central Intelligence Agency and other American structures, and asked to participate in the study of biological samples of pilots who had a chance to deal with UFOs.

The Americans wanted to find out how an encounter with unknown aerial phenomena affects the pilots’ brains.

Harry Nolan stated that UFO witnesses have features of the white matter of the brain, characteristic, for example, of people with multiple sclerosis.

“These are kind of scars that can be detected with an MRI. Basically, these are areas of dead tissue that appear when the immune system attacks the brain matter,” says Nolan.

The professor examined the MRI scans of about 100 patients, among whom were employees of defense and state enterprises involved in secret government projects.

“A reasonable subset of them had claimed to have seen UAPs and some claimed to be close to things that got them sick”, Nolan said.

What explains the anomalies revealed in their thinking organs is unknown.