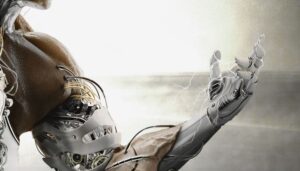 Cyborgization is the enhancement of a biological being with mechanical or non-genetically delivered biological devices or capabilities.

Cyborgization is necessary for future space flights, but it should be considered not only as the introduction of artificial elements into the human body that expand its capabilities, but as the integration of an astronaut into a spacecraft, says Oleg Orlov, director of the Institute of Biomedical Problems (IBMP) of the Russian Academy of Sciences.

“We propose to consider a person and a spacecraft as a kind of unified system and from this point of view, the use of information technologies, artificial intelligence, which should be incorporated there, including for the tasks of medical support in an autonomous space flight. These are also elements of cyborgization that will need to be dealt with in the very near future,” he said at a press conference at the Rossiya Segodnya news agency.

Orlov stressed that the topic of cyborgization is now developing in the world, and this is connected not only with scientific and clinical tasks, but also with the military – “the tasks of creating an ideal soldier.”

In addition, the scientist noted that the use of robotics in interaction with people, especially through the “brain-machine interface” channel, also raises medical questions.

They are associated with changes in the physiological process of control of robotic complexes in conditions of zero gravity, space flights.