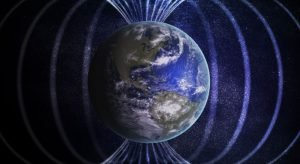 60 years ago, scientists have declared that the Earth produces some pulsations that occur every 26 seconds. For some reason, to this day, experts have not figured out the nature of the anomaly.

Different scientists have developed different theories. Pulsations can be a harmonic phenomenon, a regular seismic chirp due to the influence of solar energy, or even a beacon indicating a buried treasure. The latest version clearly does not apply to the scientific world.

Jack Oliver first spoke of impulse in the 1960s. The specialist at that time worked at the Lamont-Doherty Observatory at Columbia University. He heard the noise, but could not record it with anything – there were no seismologists at that time.

Today it is known that the ripple comes from the part of the Gulf of Guinea called Bonnie Bay. Experts adhere to several versions that explain the origin of the pulsations.

The second theory speaks of a volcano located very close to the critical point on Sao Tome Island in Bonnie Bay. A similar volcanic microseism took place in Japan.

Despite the presence of various equipment, the pulsation of the planet continues to be a mystery that many scientists from all over the world are trying to solve.

Mars has had habitable conditions for a long period