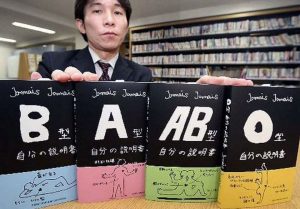 Blood type has always interested scientists not only in terms of its compatibility or incompatibility. As soon as this knowledge came to science, they immediately faced a natural question: why do people have different blood types, what is it connected with and how does it affect the health, psyche, mental abilities of a person, and so on?

According to Today News, Japanese scientists, starting from the thirties of the last century, are intensively studying this question (Furukawa Takeshi is considered the founder of this study). And for many years of observations, experiments and tests of the luminaries of science of the Land of the Rising Sun came to interesting conclusions.

It turns out that the most active and business people have the first blood group. These people are always leaders, they simply cannot be submissive performers of someone else’s will, implicit engines of someone’s ideas. At best, they will gain experience and run away at the earliest opportunity in order to realize their knowledge at their discretion.

But people with the third group of blood, according to scientists, have the worst character, not allowing them to get along with anyone and anywhere. These are great egoists, although on the other hand, they are almost always creative individuals who are sickened by the routine and the “conveyor lifestyle”.

People of the fourth group are notable for their heightened emotionality, it is from them that the most talented artists are made. But if these are not actors, then by all means great adventurers or even schemers in life.

But the people of the second group demonstrate the softness of character, humility in everything. They are great performers, they can be exploited godlessly, easily convincing that by doing so they bring immense benefit to the company, public or even religious organization, and so on.