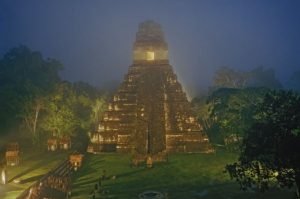 Scientists claim that the Mayan civilization did not disappear anywhere. Society exists to this day, but its political system fell into decay a very long time ago.

The Maya have lived in Central America as well as the Yucatan Peninsula since about 1800 BC. The ancient civilization “disappeared” between 800 and 1000 AD.

At the same time, the term “collapse” in this case is somewhat inappropriate, because many associate it with continuous ruins. In fact, the reality is completely different, reports Livescience.

Experts note that it was not society that fell into decay, but the political system they used. Lisa Lucero spoke about the fact that today, not only in Central America, but also beyond its borders, about 7 million representatives of the ancient civilization live.

The Maya did not have a leader and therefore no one was able to unite them into one whole state. Civilization included many different small states that were located around the main city.

Of course, the Maya had common religious as well as cultural characteristics, but at the same time, each separate state had its own personal leader.

Between 800 and 1000 AD, some of them began to fall apart, while others, on the contrary, flourished. Therefore, one cannot say that the entire civilization has completely declined.

For example, the city of Chichen Itza has ceased to be the main city as a result of the drought. At the same time, Mayapan, which was located on the Yucatan Peninsula, began to develop very quickly.

The states of ancient civilization continued to exist even after the war in the region, and many people died from various diseases that the Europeans brought with them during the settlement of Central America.