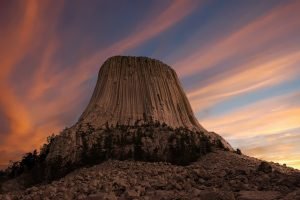 Our planet is famous for many mysterious places that attract not only curious tourists, but also scientists.

It is the researchers who make every effort to unravel the secrets of the mysteries of nature, using modern technologies for this, but the result is not always successful.

After that, a landmark of this kind has a lot of rumors, legends, which stir up even greater interest among tourists. One of these places is a rock formation of an unusual shape in the state of Wyoming (northwestern United States). 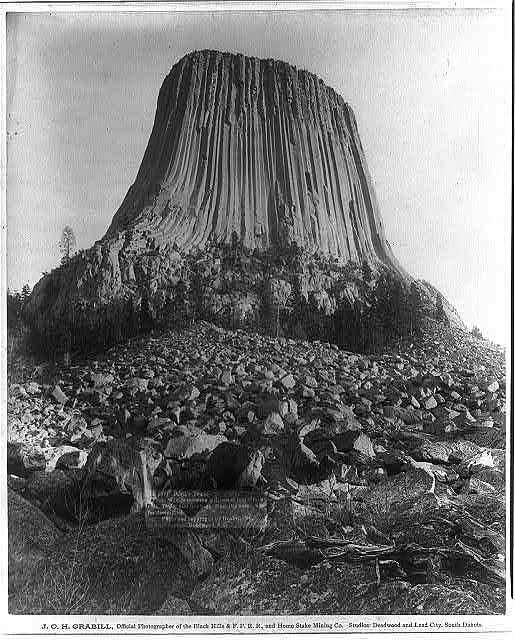 Many call it the Devil’s Tower. It was this unique natural phenomenon that simply “drove” the researchers into a dead end, who for many years have not been able to find an explanation of where it came from.

It is only known that the period of formation of a huge rock is tens of millions of years. According to local legends, this strange place is the abode of an evil spirit – a hater and murderer of people.

The locals say, being in a rage, the spirit beats the drums hard, as a result of this a thunderstorm, numerous lightning and a downpour begins. All this often causes panic among residents.

There is a version that the tower appeared thanks to 7 sisters who, fleeing from a giant grizzly, climbed a stone and began to pray to God that the stone would grow and become an impregnable high mountain, and the furrows around the tower are the traces of the claws of a wild beast.

The girls escaped, but after this incident they never returned home. God turned them into stars, which have illuminated the sky with bright reflections ever since. 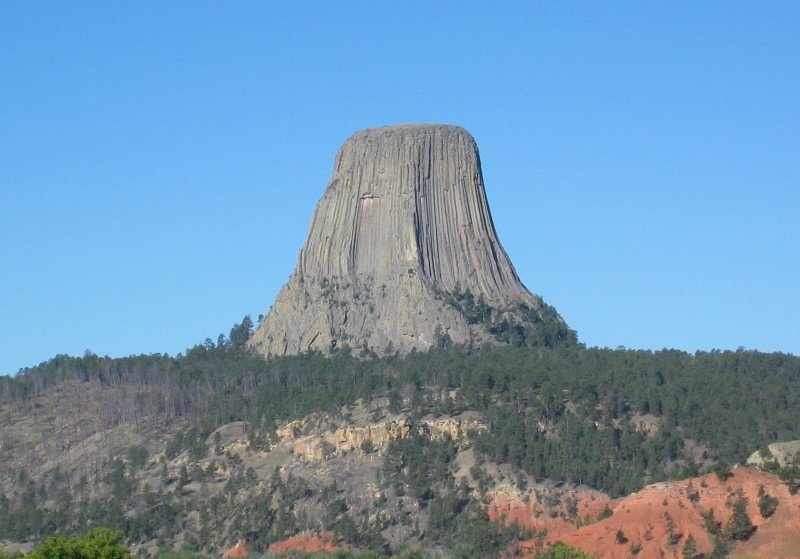 According to ufologists, these places have really bad energy, which negatively affects the entire environment. The accumulated energy masses from time to time illuminate the top of the cliff.

But if you believe the official scientific data, then so far scientists have not found any explanation for this phenomenon, but they nevertheless put forward a couple of versions.

According to the latest assumptions of researchers, the tower was the result of the release of magma at the bottom of the ocean, which previously existed at this place. Due to the sharp changes in temperature, it successfully froze, and after the disappearance of the reservoir, erosive deformations were formed from soft sedimentary rocks. Winds and precipitation gave this hill its final shape.

Of course, this version seems far-fetched to many.

Today, the Devil’s Tower is one of the most popular places among climbers, where more than 5 thousand extreme climbers come annually, eager to conquer its summit. In addition, ordinary tourists come to visit this place to look at an unusual attraction with a mysterious energy.

Be that as it may, the real history of the formation of this rock is unknown, but one thing can be said with certainty that it is a unique natural monument of gigantic size and unusual external shape.