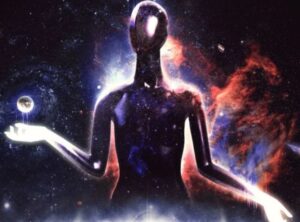 To date, science cannot give an exact answer to the question of whether God exists or not. Mankind is not able to comprehend the higher mind and see its manifestations.

At the same time, Russian scientist Roman Levin, in an exclusive interview with solenka.info, stated that denying the existence of God is the greatest delusion of mankind.

The specialist recalled that some great scientists, such as Einstein, called themselves “agnostics” and rejected the label “atheist.” That is, they did not deny the existence of a divine manifestation, but they did not confirm it either due to the lack of methods and tools for studying this issue.

Many modern people call themselves atheists and deny even the very concept of “God”. In their opinion, there is science, scientific methods and analyzes, but there is no proof of the existence of God.

In general, the logic of atheists is understandable and, in a sense, correct, but there is a big nuance: in trying to explain the world order of people, while excluding divine influence on it, experts have already reached the theories of parallel worlds, which, like God, are unprovable.

As a result, at the moment, we have unprovable scientifically accepted theories and the same unprovable divine influence, which is not accepted by science.

So far, no one can explain how our universe was born. Even the popular theory of the “Big Bang”, which explains the processes occurring after it, raises new questions: what caused this “Big Bang” and what is its causal nature. Nobody has answers to these questions.

According to Levin, in the absence of specific scientific explanations for the appearance of our universes, it is stupid and wrong to deny the existence of God.