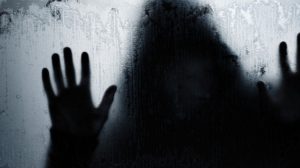 As with most supernatural phenomena there is usually a proposed logical, scientifically valid explanation for those who claim to have experienced some form of paranormal phenomenon. Usually these scientific explanations are neither geared to vilify eyewitnesses, nor do they require the violation of generally accepted scientific principles. However, for some die-hard believers who know what they saw these explanations sometimes tend to offend mostly because these articles on average tend to be written in a condescending tone. Yet, even though some of these explanations might offend them it doesn’t discredit the probability that in most of the cases these theories might have been a factor.

The use of narcotics and psychotropic agents including methamphetamine, cocaine, and LSD can produce shadow human shaped hallucinations. Dopaminergic drugs such as pramlpexole can sometimes cause these hallucinations. Common over-the-counter medication can also have a similar effect if taken in sufficient quantity.

It has also been proven recently that areas with erratic or powerful electromagnetic fields can interfere with the electrical impulses or firing synapses of the human mind, thus influencing people subjected to such environments over time to believe that they are hearing or seeing ghosts, aliens, or perhaps shadow beings. Such environments include old buildings with substandard wiring, power plants, and areas with naturally occurring strong magnetic fields.

In most instances, witnesses report seeing shadow people in the peripheral areas of their vision. This area of vision is linked to the areas of the brain that recognizes patterns, however, it provides less detail to the brain than macular (center-forward) vision. This can lead to a condition known as pareidolia in which the brain incorrectly interprets random patterns of light-shadow or texture as being familiar patterns such as faces and human forms. The same condition can also be observed in macular vision in low light conditions or when viewing a complex but random image. A common example, would be perceiving a shadow thrown by an item of furniture in a darkened room as being a person.

Hypnogogla which is also known as waking-sleep is a documented physiological condition in which a person is part way between sleeping and waking. It is during Hypnogogla that a person can experience both being conscious of their surrounding while also being in a dream-like state where they can perceive images from their subconscious. People experiencing waking sleep commonly report the sensation of lights or shadows moving around them, as well as other visual hallucinations. A feeling of dread is also a sensation that occurs when experiencing waking-sleep. Hypnogogla is also known as ‘the faces in the dark phenomenon’ because those who experience the state commonly report seeing faces while experiencing waking-sleep. Similar hypothesis have been put forward linking the condition to a number of other apparent paranormal experiences including alien abduction and paranormal nocturnal visitations.

Certain neurological conditions, such as Photosensitive Epilepsy, and complex partial Seizures, have also been shown to cause sufferers to see shadow people. Photosensitive epilepsy is a form of epilepsy in which seizures are triggered by visual stimuli that form patterns in time or space, such as flashing lights, bold, regular patterns, or regular moving patterns. While Complex partial seizures are epileptic seizures that is limited to one cerebral hemisphere and causes impairment of awareness or responsiveness.

In conclusion, all of these theories that have been put forward by scientists are plausible as long as those factors that brought on the effect where present at the time the witness claimed to have seen the shadow person. Yet, here lies the heart of the problem between the believer and the skeptic one side says I know what I saw and none of this applies. While the other side hasn’t done enough out of the lab experiments in the home to verify their claims. Yet, it should be also noted that one aspect of alleged eyewitness accounts of shadow people that remains difficult to explain in objective scientific terms is the similarity of the shadow beings seen in these alleged accounts since children as young as four years old have seen them. Could it be a cultural throw back? that is making people around the globe to see the same thing? It is probable since there are many similarities between shadow people reports and the grim reaper that are shared in the subconscious of all people. Just as people all over the world report dreams of flying and failing.