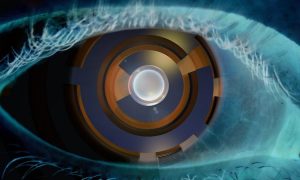 Have you ever had the feeling there was going to be something big?

Maybe you felt a premonition not to take a certain route to work only to find out later that there was a terrible accident on the road. Or maybe it was something as simple as sensing that your phone is about to ring.

According to a new study mentioned in a LiveScience article, our bodies seem to know when a big event is about to occur just moments before it actually happens.

The research was originally published in the journal Frontiers of Perception on October 17, 2012. It suggests that there are still things we don’t understand regarding the fundamental laws of nature.

Julia Mossbridge, a co-author of the study commented that evidence indicates we can predict events without receiving any outside cues. This effect, although quite small, is indicative of phenomena outside the realm of logical thought. The study questions, “How does this phenomenon work?”

To understand this precognitive effect, Mossbridge and team analyzed similar studies conducted previously. The majority of these studies observed the physical responses of participants when anticipating photos of frightening images.

Test subjects were shown random photos including scary scenes and neutral ones. Subjects’ brain activity, pupil dilation and heart rates changed significantly in the one to ten seconds before viewing a frightening photo. These studies often concluded that physical responses changed prior to seeing the scary images.

This concept of the physical body picking up signals just seconds before the event occurs is referred to as the “presentiment effect.” On a subconscious level, people’s bodies sense that something momentous is about to happen even though they don’t know it mentally.

Mossbridge give the example of a day-trader trying to beat the stock market. The trader bets a large amount of money on a particular stock and ten seconds beforehand the trader predicts the stock plummeting.

The research makes no claims to people’s psychic abilities, nor does it indicate evidence of supernatural or paranormal powers. The study’s authors attempt to state that the “presentiment effect” is both real and physical. It also seems to work with natural laws, but needs more research and understanding.

The Skeptics Weigh In

While Mossbridge and team support the “presentiment effect,” there are many who doubt its existence. Rufin VanRullen at the Center for Research on the Brain and Cognition is among the disbelievers.

VanRullen acknowledges that sounds statistical studies were used in Mossbridge and team’s research, however that is not necessarily an indication of the effect being real. He says there is simply a statistical trend for scientists finding these precognitive effects when studying them.

Other prominent researchers suggest that there is a high likelihood of bias in these presentiment experiments. It may be unintentional bias, but bias nonetheless.

Another factor to be considered is the history of the studies used in Mossbridge’s work. It seems that studies focused on finding presentiment were mostly used.

There may have been numerous unpublished studies showing failure to find the effect. In this way, the evidence would tilt more towards the phenomenon existing than not according to the skeptics.

Researchers of the study would beg to differ. Their results would need to have 87 unpublished “non-effect” studies available to counteract their work and indicate bias.

The “presentiment effect” study suggests that there is more to discover about the laws of nature an their physical effects on humanity.

Whether people believe in the supernatural or not, this latest research continues to pose questions related to the nature of reality and what we experience.