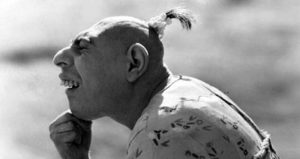 Schlitzie’s true birth date, name, and parents identity are unknown, but the information on his death certificate and gravesite indicate that he was born on September 10, 1901, in The Bronx, New York, although some sources have claimed that he was born in Santa Fe, New Mexico.

Claims that he was born in Yucatán, Mexico, are mistaken reflections of Schlitzie’s occasional fanciful billing as “Maggie, last of the Aztec Children”. The real background and identity of Schlitzie may never be known, the information having been lost as he was handed off to various carnivals in a long line of mostly informal guardianships throughout his career.

The most popular opinion, currently, is that Schlitzie was born as Simon Metz on September 10, 1901 in the Bronx. But, his true name isn’t really that important. What is important is that Schiltzie’s indomitable spirit was infectious to all that knew him or ever met him.

Those who knew Schlitzie described him as an affectionate, exuberant, sociable person who loved dancing, singing, and being the centre of attention, performing for anyone he could stop and talk with.

Schlitzie was born microcephalus, an unusually small brain and skull, a small stature (he stood about four feet tall), myopia, and severe intellectual disability. It is possible that these features were caused by Seckel syndrome. It was said Schlitzie had the mental awareness of a three-year-old, and he was unable to care fully for himself and could speak only in monosyllabic words and form a few simple phrases.

On the sideshow circuit, microcephalic people were usually promoted as “pinheads” or “missing links”, and Schlitzie was billed under such titles as “The Last of the Aztecs”, “The Monkey Girl”, and “What Is It?”. In some sideshows, he was paired with another microcephalic performer. 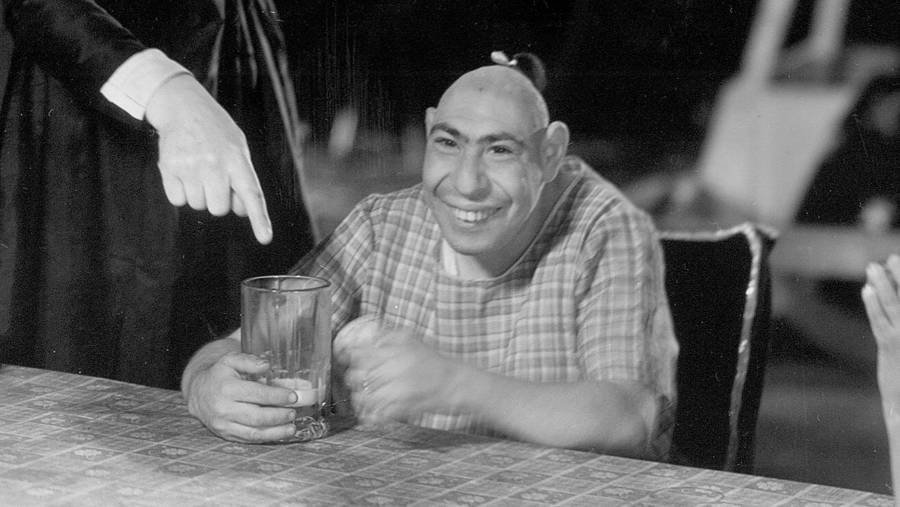 For much of his career, Schlitzie was billed as female. This was mostly due to his dress-like attire which was an attire choice based purely on his incontinence. While popular with crowds, Schlitzie’s biggest fans were his colleagues and caretakers.

To sum up the reason for this fondness is difficult but the wonderment Schlitzie held for the daily mundane, his childlike exuberance, his eternal innocence greatly influenced those around him. Schlitzie was a ray of sunshine, and his smile and unconditional love shined on all those around him.

During his long career Schlitzie entertained millions of carnival and film goers with his antics. He was perhaps best known for his role in the Tod Browning 1932 cult classic horror film Freaks, although he also appeared in Island Of Lost Souls opposite Charles Laughton and Bela Lugosi. As a sideshow entertainer, Schlitzie was employed by every major name in the business.

Although Schlitzie had no known biological family, during the 1936 season of the Tom Mix Circus sideshow George Surtees, a chimpanzee trainer, became Schlitzie’s legal guardian. Surtees was, by all accounts, a caring and loving guardian but when he passed in 1965 his daughter had Schlitzie committed to a Los Angeles County Hospital. 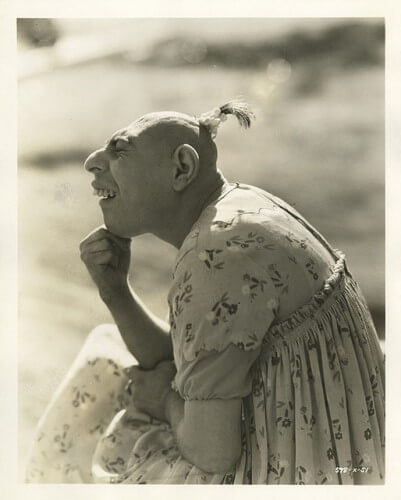 Schlitzie remained institutionalized for quite some time, until he was recognized by sword swallower Bill Unks. Unks just happened to be working at the hospital during the offseason when he noticed a very sad and depressed Schlitzie.

Schlitzie missed the carnival, missed his friends and the adoration of the crowds. Hospital authorities eventually determined that the best care for Schlitzie would be to make him a ward of Unks’ employer, showman Sam Kortes, and return to the sideshow, where he remained until 1968.

In his later years Schlitzie lived in Los Angeles, occasionally performing on various sideshow circuits both locally and internationally (he frequently performed in Hawaii and London, and his last major appearance was at the 1968 Dobritch International Circus held at the Los Angeles Sports Arena.

Schlitzie also became a notable attraction performing on the streets of Hollywood, with his caretakers selling his stock carnival souvenir pictures. Schlitzie spent time in his final days on Santa Monica Boulevard.

He liked going to MacArthur Park at Alvarado Street and Wilshire Boulevard, where he would visit the lake with his guardian, feeding the pigeons and ducks and performing for people as they passed by.

On September 24, 1971, at the age of seventy, Schlitzie died at Fountain View Convalescent Home from bronchopneumonia, and was interred at Queen of Heaven Cemetery in Rowland Heights.

The Sinister Case When Exorcism Turned Husband Into a Killer