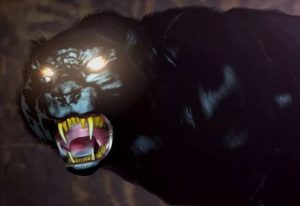 Georgetown County authorities investigated Tuesday’s attack by a large, black cat-like animal. According to the Georgetown County Sheriff’s Office, deputies responded to a report of the attack on Moore Drive outside Hemingway, according to a website postandcourier.com.

The animal dragged victim into a ditch as he walked along Dennis Drive towards Willard Loop, according to the to victim’s statement to deputies.

“The victim said he saw a cub crossing the road before he felt something to grab his leg and drag him to the ground,” the Sheriff’s Office said. “he said the animal ripped off his shirt sleeve before he left and made a ‘crying noise.'”

He received treatment in a local hospital. Deputies and S.C. The Natural Resources Department are investigating.

Anyone who sees a suspicious animal in the area of Hemmingway should stay in a safe place and call 911.