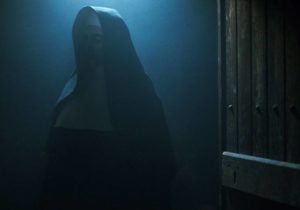 Unfortunately for Mr Whitehead he was charged with forgery, a crime that carried the death penalty. Whitehead faced trial on the charges, found guilty and sentenced to death. Justice was swift and Philip Whitehead was executed in early 1812.

Before his death Whitehead arranged for his beloved sister Sarah Whitehead to be taken to Wine Office Court where she stayed with friends. Sarah Whitehead was never told of her brothers legal issues or his execution.

Then one day, Sarah, still oblivious to her brothers fate, showed up at the Bank of England and ask one of the clerks “Have you seen my brother?” The clerk was unaware of who the woman was and ask the name of her brother, she told him Philip Whitehead.

The clerk then found himself in the awkward position of telling Sarah of her brother’s execution.

The news of her brother’s death seemed to be too much for Sarah, and her mental condition began to deteriorate. Before long, Sarah began to show up at the Threadneedle Street location on a near daily basis.

She was always dressed in a long black mourning dress, complete with veil and would go from one clerk to another and ask the same question, “Have you seen my brother?”

The employees of the bank had great sympathy for the pathetic woman, often giving her money to try to help her through a difficult time.

After a period of time the daily visits from Sarah Whitehead, who the bank employees had nicknamed “The Black Nun,” seemed to change and she began to become more aggressive and confused. Now when Sarah entered the bank, everyone had to be on guard as she hurled insults at Bank of England employees and customers as well.

On one of her visits The Black Nun meet Baron Rothschild. By this time Sarah had become very unstable and believed that the Bank of England had a large amount of money that belonged to her. When she saw Baron Rothschild she immediately approached him and demanded 20,000 pounds.

The Baron handed Sarah a half-crown which seemed to satisfy her and she went on her way. There eventually came a point when the bank could simply no longer put up with the actions of the Black Nun. They reached a deal to pay her an undisclosed amount of money if she agreed to never return to the bank. Sarah agreed and was never seen at the Bank of England again. That is, as long as she was alive.

Sarah Whitehead died somewhere between 25 and 30 years after the execution of her brother. She is buried across the street from the Bank of England and apparently is not resting in peace.

The ghost of The Black Nun has been encountered many times over the years since her death, always around the Bank of England and Threadneedle Street.

A typical meeting with The Black Nun comes from an American tourist who was unaware of the Black Nun ghost. The man said he was walking on Threadneedle Street after dark when he was approached by a woman dressed in all black.

The man immediately knew that what the woman was wearing was a mourning dress, from the early 1800’s, he had just left the Victoria and Albert Museum where a nearly identical dress was on display.

The tourist said the woman was no further than an arm’s length away when she ask, “Have you seen my brother?” The man explained that he did not Know who her brother was. At the same time two men approached, stopped for a moment and walked on.

The Black Nun then turned and walked in the same direction as the two men who had just passed. The American then began walking in the opposite direction, wondering why the men had given him such an odd glance. When the man turned back he could still see the two men, now some distance down Threadneedle Street but The Black Nun had vanished.

Ghost Of The Jazz Man