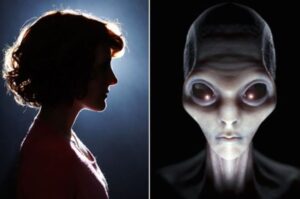 Ufologist Yuri Senkin believes that among the Russians and other people in the world live aliens who are not like people.

There are aliens living in the world, including among Russians, but they are “not what we imagine,” ufologist Yuri Senkin told NEWS.ru. According to him, it is unlikely that aliens are created in the image of a person, since with the development of technology, the risk of exposure is too great.

Over the past 20 years, the opinion has become established in society that such creatures are not a myth.

“I think that in any way there are aliens among us, but not like we imagine. If you mean that they are created in the image of a person, then it is unlikely – the risk of exposure is too great with the development of technology, scanning electronics.”, Senkin said.

“The access system is so strong that it can easily detect anomalies in humans, so it is impossible to adapt an alien to a human in every way.”

The expert noted that it is easier to recode the person himself as a carrier of something alien, such as a self-destructing chip.

“Aliens are more likely to use humans as Trojan horses, rather than walk the earth themselves.”

In December, it became known that the search and identification of the nature of unidentified flying objects (UFOs) was officially declared one of the important tasks of the Pentagon.

The US Congress has established a special service in the Department of Defense – the Anomaly Tracking and Investigation Department. The service will engage in a targeted investigation of messages from the military, mainly pilots, about their encounters with unknown objects on the border of the atmosphere and space.