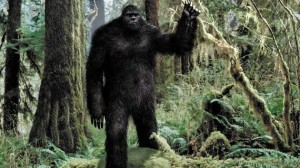 A row has erupted in Russian Federation over a biological scientist’s claim that some 200 Yeti live in a big area of southern Siberia.

Professor Valentin Sapunov has infuriated academics with his assertion that scientific tests, including DNA checks, found that hair samples from a remote cave belonged to a human-like mammal unknown to man.
Now he has gone further by claiming a population of 200 Yeti exist in the forested Kemerovo, Khakassia and Altai regions of Siberia.

This number allows them to effectively reproduce, said the academic from the Russian State Hydro Meteorological University.

‘He claims there have been no verified sightings of the Yeti because they have an acute sense of danger,’ reported the Siberian Times.

But other Russian specialists are deeply unimpressed by Professor Sapunov’s theories, saying he has put his Big Foot in it with claims that there is DNA backing for the existence of the Yeti.

Far from finding the Abonimable Snowman, his scientific claims on the subject amount to abominable lies, Oleg Pugachev, director of the Zoological Institute of Russian Academy of Science, told state-run newspaper Rossiyskaya Gazeta.

This institute was one of three where Professor Sapunov claimed the ‘Yeti hair’ – found a year ago – was tested.