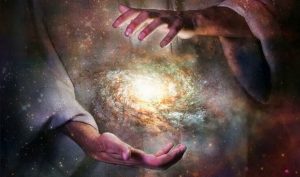 A world-famous scientist, chemist, Najip Valitov (Нажип Валитов ) is a professor at the Bashkir University. He is the most inveterate scientist who has devoted his entire life to scientific research.

As a result of these scientific studies, Valitov managed to disprove twenty sections of chemistry, twelve laws of thermodynamics, forty sections of mechanics, twenty eight sections of physics, proving ultimately that in the Universe any objects interact instantly, and therefore there are no distances and time restrictions between them.

That is, the speed of light cannot be considered the limit of the propagation in the Universe of something, in particular, information.

The monograph of Najip Valitov on vacuum oscillations at one time produced the effect of an exploding bomb in the scientific world.

Today, it has been translated into many languages of the world, stored in dozens of libraries of twelve countries, having received recognition not only from the luminaries of world science, but also from religious leaders. Even the Pope wrote a letter of thanks for his fundamental work.

This is not surprising, because, according to Valitov’s theory, everything in this world is subject to the same idea, everything is interconnected, and instantly, and therefore we can talk about the World mind, the Almighty – the essence does not change.

It is not surprising that all religious teachings, be it the Koran, the Bible or the Torah, speak of the same, that is, the all-seeing and all-hearing God.

Almost all truly great scientists were believers, and the same Nazip Valitov first proved the existence of the Almighty with the help of formulas, and then really believed in Him and became a believer in God.