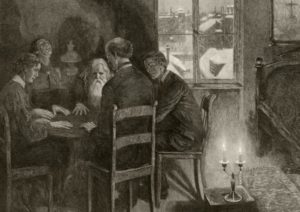 The idea of the dead returning as ghosts to give messages to the living has always been part of the human psyche.

From Saul having the Witch of Endor summon up Samuel’s shade to ask for advice to Hamlet’s father appearing to goad Hamlet on to revenge against Claudius, ghostly messages often feature in human folklore, mythology, and literature.

The following account is claimed to be a true representation of this happening, bringing ghostly communication from literary to literal.

Often when the ghost of a dead person seeks to relay a message to the living, it happens through an intermediary. Quite often this occurs through the presence of a medium at a séance.

The problem with accepting evidence of ghostly communication that comes through a medium is that there is always the possibility that medium is simply making the message up. Occasionally cases occur that can be verified, however. 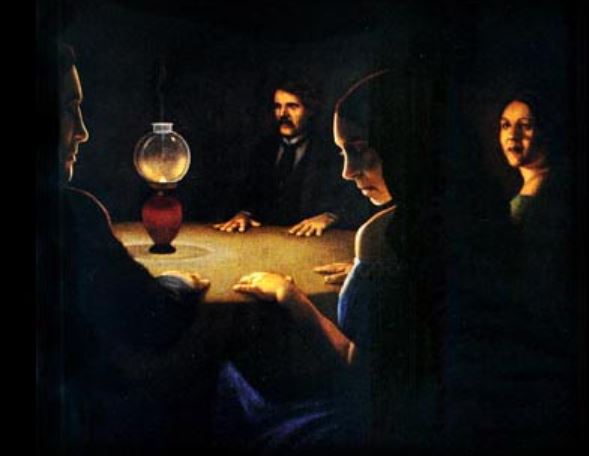 One such possible case dates from 1950, and took place in Italy. Dr. Guiseppe Stoppolini, professor of anatomy at Camerino University wanted to do a paranormal experiment and so introduced medium Mario Bocca (one source gives the name of Maria Bocca) to a group of students in September of that year.

The medium quickly went into a trance, and a typical séance type interaction between the audience and the medium ensued, with Bocca answering questions and relating messages from the dead friends and relatives of students in the room. The end of the session was anything but typical, however.

Bocca’s voice changed and became unfamiliar, and the medium begged the audience to have mercy and listen. The voice said that it was a woman who had been named Rosa Menichelli.

She was buried in the nearby cemetery of Castrel-Raimondo. The ghost told the class that she had been buried while still alive, albeit in a coma. After telling her tale the shocked students watched as Bocca collapsed in a faint.

Intrigued by this turn of events Dr. Stoppolini decided to do some research, he quickly found that a woman named Rosa Spadoni, who had been born Rosa Menichelli, had died in September 1939 at the Civic Hospital in Camerino, and two days later had been buried at Castrel-Raimondo.

Rosa Spadoni had no surviving relatives, so nobody complained when Dr. Stoppolini suggested an exhumation. To that end on 13 September, 1950 the professor, some hired workmen, a pathologist, and some officials representing the Italian government gathered at the grave of Rosa Spadoni.

When the grave was dug up and the coffin opened a sight of horror greeted the onlookers. The skeletons left hand was thrust into its mouth, with fingers extending partway down the throat, the knees were bent up as if trying to force open the coffin lid, and even worse there were rows of scratches on the lid and sides of the coffin where Rosa had tried to claw her way out.

There was no doubt in the mind of anybody present that Rosa Spadoni had been buried alive, just like her spirit had claimed through the medium Bocca.

Did this case really happen? The earliest account of this case comes from a Fate magazine article from 1954, just four years after it allegedly occurred, and soon enough after that fact-checking would not have been difficult for the author of the article.

Guiseppe Stoppolini certainly existed, and though he never held classes on the paranormal (an assertion of some accounts of the story) he did have an interest in the subject, and could well have organized an experimental séance with a group of students and a local medium.

While Fate Magazine was hardly a peer-reviewed journal, some of their articles were none the less well researched, and there is every indication that this case is at least partially based upon a real event.